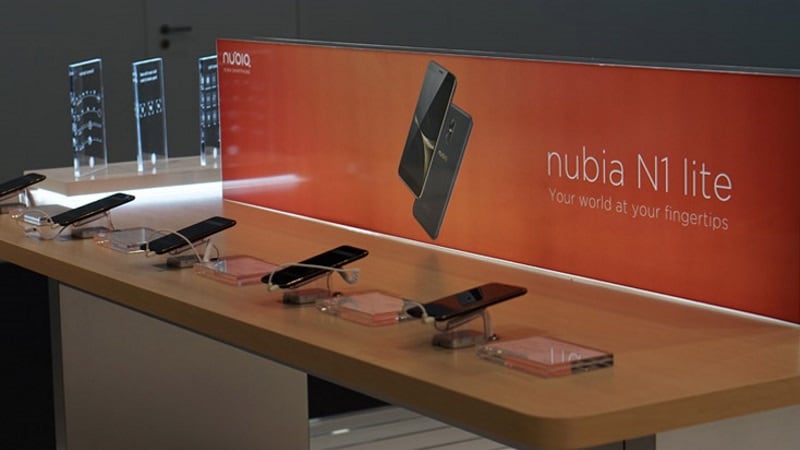 ZTE brand Nubia has launched a stripped-down version of its Nubia N1 smartphone - Nubia N1 lite at MWC 2017 in Barcelona. The original Nubia N1 was launched last year by the company and just last month the company introduced a new variant of the smartphone, available in Black and Gold colour combination and with 64GB of inbuilt storage, twice as much as available before in the country.

The Nubia N1 lite runs Android 6.0 Marshmallow out-of-the-box and despite what the name might suggest, still sports a 5.5-inch display like the original Nubia N1 but the screen resolution has been downgraded from full-HD (1080x1920 pixels) to 720p, GSMArena notes. The device will be powered by a quad-core processor, unlike the octa-core processor on the Nubia N1, coupled with 2GB of RAM. The Nubia N1 lite comes with 16GB of inbuilt storage and houses a 3000mAh battery, Android Authority reports.

In terms of optics, the Nubia N1 lite sports an 8-megapixel rear camera with an f/2.0 aperture tagged with dual-LED flash and a 5-megapixel camera at front.

"With its finely textured coating and inward-sloping sides, the phone sits comfortably in the user's palm. The rear-mounted 'unipanel', comprised of a fingerprint sensor and rear-facing camera, features a decorative metallic design, adding an additional layer of sophistication to the phone's stylish appearance," the company said in its Nubia N1 lite launch release.