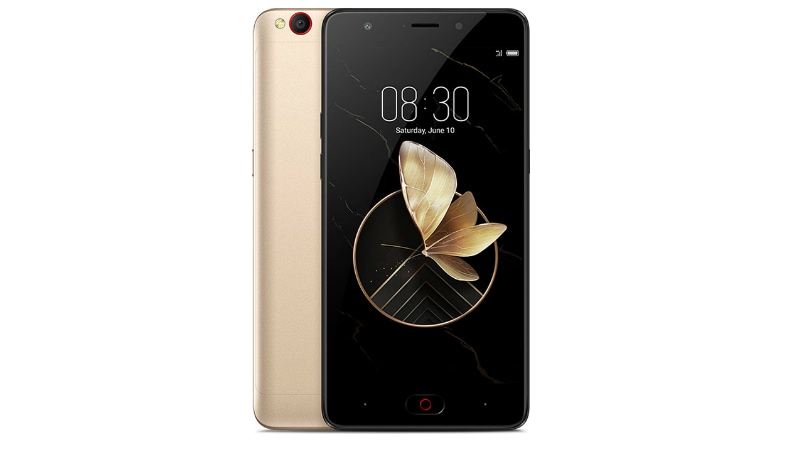 ZTE has added another variant to its Nubia M2 smartphone lineup. The Nubia M2 Play has been launched in China and as of now the smartphone's pricing and availability information has not been revealed. Specifications wise, the smartphone is a watered down version of the Nubia M2, but is a little better endowed than the Nubia M2 Lite smartphone.

As for specifications, the Nubia M2 Play runs on Android 7.0 Nougat with nubiaUI 5.0 skin on top. The smartphone sports a 5.5-inch HD (720x1280 pixels) LCD display with 274ppi pixel density. It is powered by a octa-core (4x1.4GHz and 4x1.1GHz) Snapdragon 435 SoC paired with a 3GB RAM and Adreno 505 GPU. To compare, the Nubia M2 Lite is powered by the Helio P10 chipset with 3GB RAM and 4GB RAM variants. The smartphone offers 32GB of internal storage with the option to expand further via a microSD card slot (up to 128GB).

As for optics, the Nubia M2 Play sports a 13-megapixel main Sony CMOS sensor at the back with f/2.2 aperture and hybrid autofocus. It sports a 5-megapixel 84-degree wide-angle front camera with f/2.4 aperture for more composition in selfies. The smartphone packs a 3000mAh non-removable battery, and connectivity options include 4G VoLTE, Bluetooth, Wi-Fi 802.11 b/g/n/ac, GPS, and Glonass.