Nothing Phone 1 was launched in India in July this year. 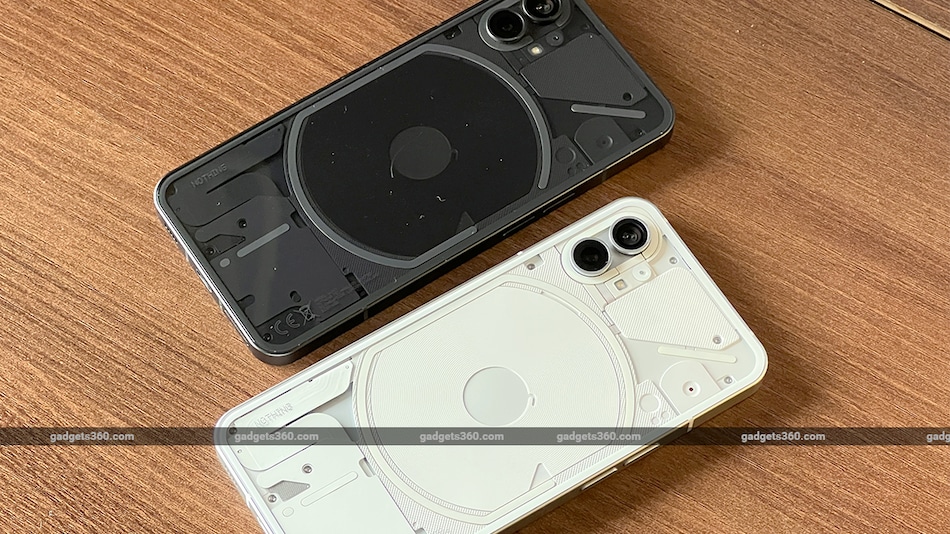 Nothing OS version 1.1.3 fixes an issue that caused stuttering in some apps

Nothing Phone 1 has started receiving the latest Nothing OS version 1.1.3 update in India. A company executive announced the gradual roll out of the new OS version online. The update offers new features, several camera improvements, bug fixes, and performance optimisations, according to the changelog. The update is 64.33MB in size. Nothing Phone 1 was launched in India in July this year with a 50-megapixel dual rear camera setup and glyph interface. The handset sports a 6.55-inch OLED display as well.

Carl Pei, CEO at Nothing, recently took to Twitter to announce that the company has started the gradual roll out of OS version 1.1.3 for the Nothing Phone 1 via an OTA update. According to the changelog, the new update offers new features, several camera improvements, bug fixes, and performance optimisations. The update is 64.33MB in size.

With the Nothing OS version 1.1.3 update, the company has added an option that lets users enable Google's Adaptive Battery to “intelligently” optimize battery life. The fingerprint verification user interface has also been redesigned for third-party apps. As per the changelog, images are now automatically adjusted to optimal colour and brightness when using Glyph lighting. The clarity of photos clicked with the selfie camera has also been improved.

The update also reduces the processing time for images in Night Mode and HDR. Other camera improvements include richer colour saturation when using the ultra-wide camera, and reduced noise and increased sharpness when using zoom. The update also adds a reminder that asks users to clean Nothing Phone 1's camera lenses.

Apart from general bug fixes, the new Nothing OS version 1.1.3 fixes an issue that caused stuttering in apps like Twitter and Google Play Store. The update also resolves an error that didn't allow mobile hotspot to function properly. Lastly, the new update also fixes a bug that caused the lock screen to crash when a user tapped on a notification and then tried to use the fingerprint scanner. Apart from this, the company has also “polished” minor user interface details.

To recall, the Nothing Phone 1 was launched in India in July this year. The handset sports a 6.55-inch OLED display with a 120Hz refresh rate. It is powered by a Qualcomm Snapdragon 778G+ SoC, coupled with up to 12GB of LPDDR5 RAM. For photos and videos, the Nothing Phone 1 features 50-megapixel dual rear camera setup. At the front, it gets a 16-megapixel selfie camera. The handset packs a 4,500mAh battery with 33W wired charging support.

Further reading: Nothing, Nothing Phone 1, Nothing OS