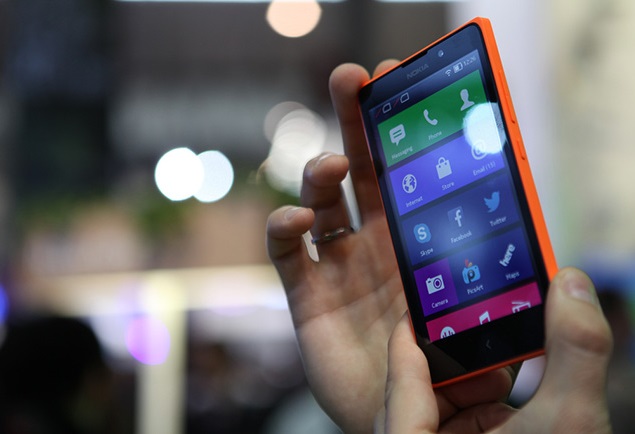 Investors have scrutinized JD and Tencent, China's biggest mobile gaming and social media company, for signs of benefits from a $215 million partnership deal, in which Tencent took a 15 percent stake in JD.

So far the deal has proved costly for JD. The company said last week that its quarterly losses widened due to costs related to its Tencent partnership, sending shares lower.

But the two companies have touted the potential for selling JD's inventory, including big-ticket electronic devices, via Tencent's popular mobile apps such as QQ and WeChat.

During the Aug. 8 to 12 promotion, the Nokia XL 4G smartphone was sold only through a link within the Mobile QQ app. More than 210,000 people ordered the smartphone on the first day, JD said.

The smartphone, offered by the Finnish handset maker following its acquisition by Microsoft Corp, is now widely available in China including on Alibaba's Taobao market.

iPhone 6 Said to Feature 1GB of RAM; Lightning Cable With Reversible Ports
Have 5 Minutes? These Apps Will Help You Work Out