Nokia X7 aka Nokia 7.1 Plus Looks Set to Launch in China on Tuesday 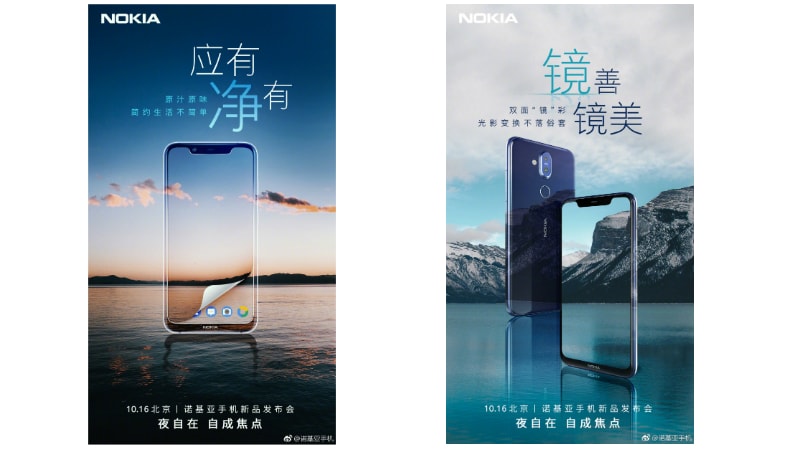 Nokia X7, the Chinese version of the upcoming Nokia 7.1 Plus, looks set to launch at an event scheduled for Tuesday in China. Next in the lineup that currently consists of the Nokia 5.1 Plus (Nokia X5) and the Nokia 6.1 Plus (Nokia X6), the Nokia X7 will borrow the same design elements including a wide display notch, a vertically stacked dual rear camera setup, glass body, and a rear-mounted circular fingerprint sensor. Nokia has started teasing the smartphone on its social media accounts with hours to go before the Nokia X7’s official unveiling.

All of the three teasers posted on Nokia’s Weibo account show off the front of the smartphone that reveals a bezel-less display with a notch up top and a chin on the bottom with standard Nokia branding. Just last week, Nokia Mobile India published a teaser that shows off the large form factor of the upcoming Nokia X7/ Nokia 7.1 Plus. The company has also confirmed that the rear cameras of the smartphone will sport two ZEISS optic lenses with improved low-light photo capturing abilities.

The phone might sport a dual rear camera setup with a 13-megapixel primary sensor and a 12-megapixel secondary sensor, coupled with an LED flash. On the front, the Nokia X7 will reportedly sport a 20-megapixel selfie camera. It is expected to sport a 3,400mAh unit under the hood.

Earlier this month, HMD Global launched the Nokia 7.1 smartphone in the company’s revamped lineup of handsets, at an event in London. The phone comes with features such as a Snapdragon 636 SoC, a 19:9 PureDisplay panel with HDR support, USB Type-C charging, and Carl Zeiss optics.