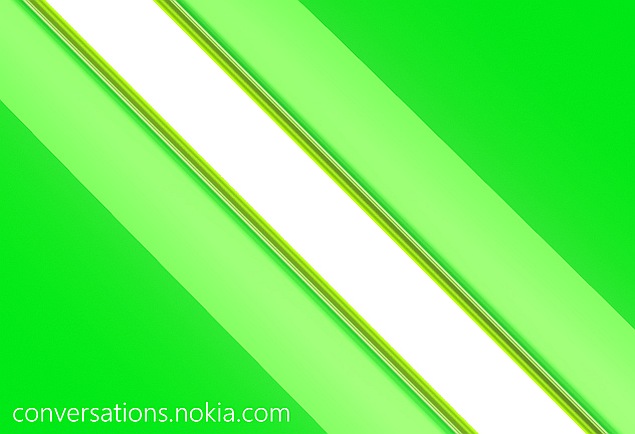 Nokia on Friday posted a teaser on Twitter for an event scheduled on June 24. The event is widely expected to be for the launch of the much-rumoured Nokia X2 Android smartphone.

The company tweeted from its official Twitter handle, saying "Stay tuned next week Tuesday 24th...", with a teaser image (see above) and a link to the Nokia Conversations blog.

Though the green teaser image doesn't reveal anything about what's going to be launched at the event, the linked Nokia Conversations blog post is titled "Green With Envy", and is complete with a countdown clock to the event on Tuesday, and the tagline "Summer brings out our inner glow... stay tuned to Conversations to find out what we've got in store." The green focus is similar to what the company took with its launch teaser of the Nokia X, further inviting Nokia X2 speculation.

Although not many details about the device are known as yet, the alleged Nokia X2 has been spotted in earlier leaks with model number Nokia X2DS (RM-1013).

The alleged Nokia X2 was listed on AnTuTu benchmark site along with its specifications, and an image showcasing two buttons (home and back) instead of the one central back button on the Nokia X. The listed specifications for the alleged Nokia X2 noted it would run Android 4.3 Jelly Bean-based OS on a dual-core Snapdragon 200 MSM8x10 processor capable of clocking up to 1190MHz, alongside an Adreno 305 GPU and 1GB of RAM.

Other specifications listed on the alleged Nokia X2 Dual SIM AnTuTu benchmark include a 4.3-inch display with a 480x800 pixel resolution, a 5-megapixel rear camera, and a 0.3-megapixel front-facing camera. An overall AnTuTu score of 11827 was also seen, which matched an even earlier AnTuTu leak precisely.

What do you think of Nokia X2's chances? Will its rumoured dual-core processor suffice, or is a quad-core offering what is required to make it in the budget segment? Let us know in the comments section below.
Comments