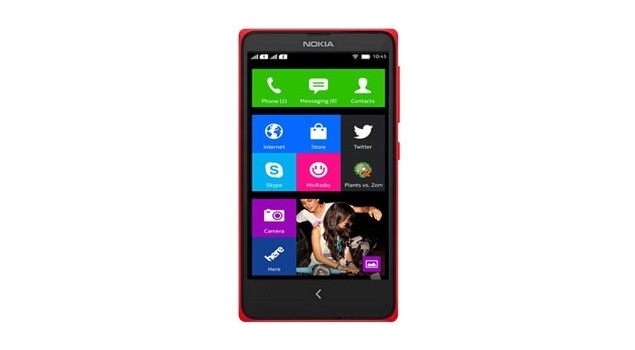 Nokia's anticipated first Android phone, believed to be dubbed Nokia X (and codenamed Normandy), has again been listed on a Vietnamese online retailer.

The alleged Nokia X has been listed with model number A110 and is priced at roughly $110 (Rs. 6,800 approximately). However, there is no word on the availability of the alleged Nokia X A110. The new listing indicates that the yet-to-be-announced Nokia X might be first hitting the Vietnamese market, soon after being launched.

It's worth pointing out that in January, the alleged Nokia Normandy was spotted at a Vietnamese e-commerce site without price.

Earlier reports have suggested that the alleged Nokia X comes with model number RM-980, which the Finnish giant has been developing for some months now, a device that is supposedly being developed under the Project Normandy program.

Recent reports suggested that Nokia has been testing the long-rumoured Nokia X (aka Normandy) in India. Further, the report also claimed that the Finnish giant has been testing a number of other yet-to-be-launched devices in India. The data was spotted on Zauba.

An earlier report indicated that Nokia, following the lead of Amazon, has been working on a fully-tailored or forked version of Android for the alleged Normandy program, like the software on the online retail giant's Kindle Fire tablet range.

The rumoured Nokia X budget Android phone is said to be targeted at the low-cost segment as an Asha-equivalent smartphone, but with access to more traditional smartphone apps - a benefit that the report suggests has been missing in Nokia's dated Series 40-based Asha phones. Further, the report describes the Nokia Normandy efforts as 'full steam ahead'.