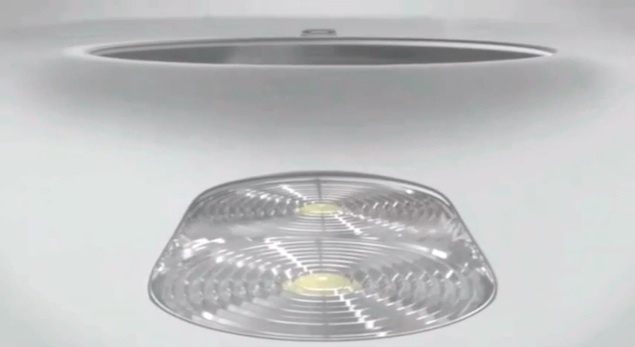 Nokia is going to announce a new phone in London on May 14th, and the company is already offering a glimpse of what it's going to unveil through a new television commercial that was aired on British networks.

The commercial, first spotted by The Verge, teases the back of a phone that has a huge camera lens and a big flash, with "More than your eyes can see" text interspersed between. As the report notes, it looks like the phone is made of metal and closely resembles the recently leaked "Catwalk" smartphone, which is expected to come with an aluminium body and has a big camera lens.

It's rumoured that Nokia will launch the Lumia 925, a variant of the recently launched Lumia 928 at the May 14 event along with a camera focused EOS smartphone. It could be possible that the Catwalk is indeed the Lumia 925.

Nokia launched the Lumia 928 in the US on Friday with mobile carrier Verizon. The phone is priced at $99 if customers mail-in a $50 rebate and agree to a two-year deal with Verizon Wireless. The phone is similar to the Lumia 920 complete with an 8.7-megapixel camera and a 1.5GHz Qualcomm dual-core processor, currently sold through AT&T, but is lighter and slightly different in appearance. It weighs 162 grams compared with 185 grams for the 920, which some critics had said was too heavy. The 928's 4.5-inch screen also extends to the edge of the phone, giving a sharper impression than the curved edges of the 920. The new models also come in black and white compared with the colourful options of the earlier Lumia range.
Comments

Even the tech elites leave gadgets behind
Airtel directed to pay Rs. 10,000 as compensation to customer