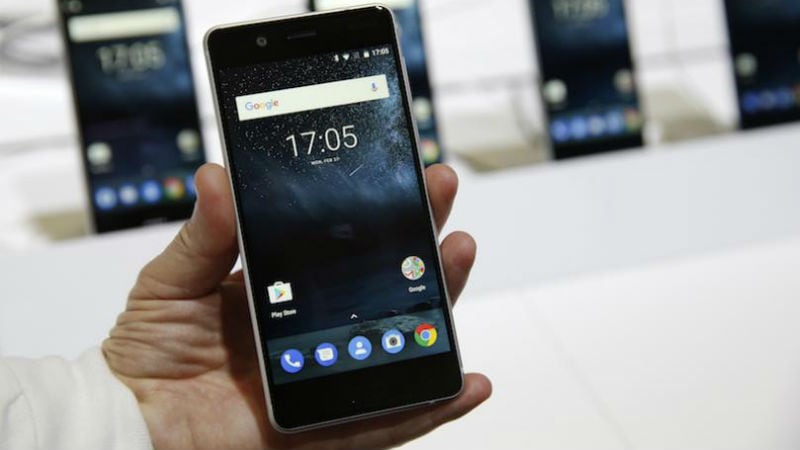 HMD Global has seen a steady increase in Nokia-branded smartphone shipments ever since it relaunched the brand in late 2016. According to a report citing raw figures earlier this month, Counterpoint Research had said that Nokia licensee HMD Global managed to capture 1 percent of global market share in Q4 2017. This market share, the report said, translated to around 4.15 million units shipped in the last quarter. However, Counterpoint has revised the numbers, stating that around 4.4 million Nokia smartphones were sold in Q4 of last year, putting it at the 11th spot overall.

As per Neil Shah, an analyst at Counterpoint, the 1 percent market share puts Nokia at the 11th place. This means the Nokia-branded handsets sold in the last three months of 2017 were more than manufacturers like HTC, Sony, Google, Alcatel, Lenovo, OnePlus, Gionee, Meizu, Coolpad, and Asus. Also, with a 15 percent market share thanks to 20.7 million units shipped, Nokia is the biggest feature phone brand in the world, according to the report. Overall, Nokia enjoys a 5 percent market share and sits at the 6th position (smartphones and features phones combined). When it comes to India, Nokia is already the 5th biggest mobile phone brand. Counterpoint has also said that Nokia has managed to enter the top 3 in the UK when it comes to smartphone shipments.

Combined, HMD Global is said to have shipped 25.1 million units of feature phones and smartphones in Q4 2017, a growth of 54 percent quarter over quarter compared t the 16.3 million units shipped in Q3 2017. Counterpoint had previously claimed that 2.8 million Nokia Android smartphones and 13.5 million Nokia feature phones were shipped in Q3 2017 alone.

The Nokia brand is now clearly making its way back into the global mobile market with accelerated growth, thanks to the several smartphone announcements by the company in 2017. Currently, the HMD Global portfolio consists of Nokia 2, Nokia 3, Nokia 5, Nokia 6, Nokia 7, Nokia 8, and multiple variants of Nokia 3310. Additionally, more Nokia Android phones will be launched at MWC 2018 later this month.