Nokia Siemens to lay off 17,000 worldwide 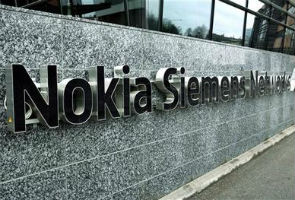 The joint venture between Finland's Nokia Corp. and Siemens AG of Germany said it would focus on mobile broadband networks and services as it slims down with a view to becoming an independent company.

Nokia Siemens has struggled to make a profit amid stiff competition in the global market for network infrastructure - the technology and services needed to run mobile and fixed-line networks.

"As we look towards the prospect of an independent future, we need to take action now to improve our profitability and cash generation," CEO Rajeev Suri said Wednesday.

Nokia Siemens in July dropped plans to sell part of its business to private equity firms and said it would take steps to improve its competitiveness as a standalone company.

Market watchers had speculated that Nokia would want to dispose of its ownership in the loss-making venture and focus on developing mobile phones in its new partnership with Microsoft Corp.

Though Nokia is losing market share to rivals, including Samsung and Apple's iPhone, it remains the world's biggest mobile phone maker.

The network joint venture, by contrast, is falling behind its competitors, and has shown annual operating losses since it started operations in April 2007.

Besides traditional competitors such as LM Ericsson of Sweden, Nokia Siemens is now facing strong challenges from Asian rivals such as China's Huawei and ZTE Corp, said analyst Phil Kendall of Strategy Analytics.

"The Chinese have shaken up the operational environment by originally selling cheap hardware and won business that way, but have now built up a credible reputation and become quite competent technology providers," Kendall said. "All of the big traditional Western infrastructure vendors have really had to work hard to fight off the threat."

Last year, Nokia Siemens acquired the majority of Motorola Corp.'s wireless operations for $1.2 billion in a major thrust to gain a stronger foothold worldwide and to gain access to top American wireless carriers and cable companies, including ATT, Verizon Wireless and Sprint Nextel Corp., which depend on technology provided by infrastructure suppliers.

The layoffs would cut Nokia Siemens' 74,000-strong work force by 23 percent. Suri described the cuts as regrettable but necessary. He didn't specify what kind of jobs would be slashed.

"We will continue to push network outsourcing, we will not focus so much on field maintenance deals," Suri said. "That will allow us to use our global delivery capabilities and do remote management from our centers in India and Portugal and transform those businesses to pick up and make money."

Nokia shares jumped on the news, but closed down 2 percent at euro4.09 ($5.48) on the Helsinki Stock Exchange.

Based in Espoo, near Helsinki, Nokia Siemens has employees in 150 countries.
Comments