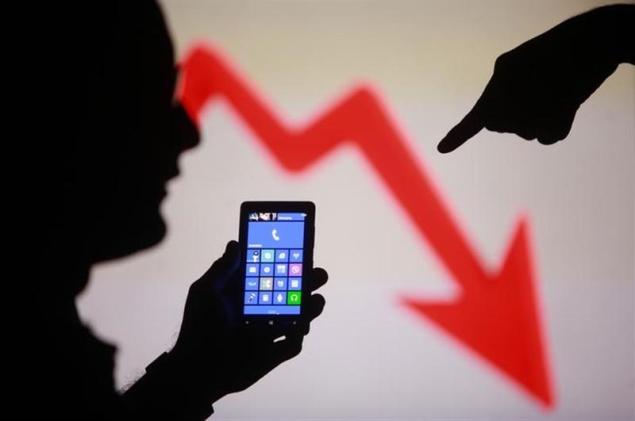 Nokia missed analysts forecasts for sales of its handsets in the second quarter as the company struggles to recapture market share it has lost to rivals Samsung and Apple.

Nokia said it shipped 7.4 million Lumia smartphones in the quarter, up 32 percent from the first quarter but fewer than the 8.1 million units analysts had anticipated in a Reuters poll.

That shows Chief Executive Stephen Elop, hired in 2010 to turn the company around, has yet to prove his bold choice in 2011 to adopt Microsoft Corp's untested Windows Phone software was the right one.

Sales of regular mobile phones, which still account for over half of its device revenues, were also weaker than expected. Shipments of such handsets fell to 53.7 million units, far lower than the market's average forecast for 56.2 million.

That showed customers are switching to rival handsets and upgrading to smartphones more quickly than expected.

Nokia has been cutting costs and selling off assets to buy time for a turnaround. Its net cash reserves fell to 4.1 billion euros from 4.5 billion euros in the previous quarter, in line with expectations.

Shares in the company fell 5 percent following the update.