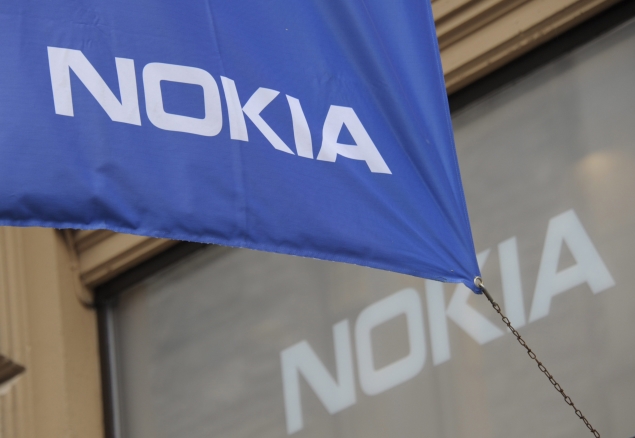 Microsoft Corp. is buying Nokia Corp.'s line-up of smartphones and a portfolio of patents and services in an attempt to strengthen its fight with Apple Inc. and Google Inc. to capture a slice of the lucrative mobile computing market.

The 5.44 billion euros ($7.2 billion) deal announced late Monday marks a major step in the company's push to transform itself from a software maker focused on making operating systems and applications for desktop and laptop computers into a more versatile and nimble company that delivers services on any kind of Internet-connected gadget.

"It's a bold step into the future - a win-win for employees, shareholders and consumers of both companies," Microsoft CEO Steven Ballmer told reporters at Nokia's headquarters in Finland Tuesday. "It's a signature event."

Microsoft hopes to complete the deal early next year. If that timetable pans out, about 32,000 Nokia employees will transfer to Microsoft, which currently has about 99,000 workers.

The proposed price consists of 3.79 billion euros ($5 billion) for the Nokia unit that makes mobile phones, including its line of Lumia smartphones that run Windows Phone software. Another 1.65 billion euros ($2.2 billion) will be paid for a 10-year license to use Nokia's patents, with the option to extend it indefinitely.

Investors in Nokia welcomed the deal, sending shares in the company up some 40 percent to 4.12 euros in Helsinki.

Microsoft, based in Redmond, Wash., has been racing to catch up with customers who are increasingly pursuing their digital lives on smartphones and tablet computers rather than the traditional PCs. The shift is weakening Microsoft, which has dominated the PC software market for the past 30 years, and empowering Apple, the maker of the trend-setting iPhone and iPad, and Google, which gives away the world's most popular mobile operating system, Android.

Nokia, based in Espoo, near the Finnish capital, and Microsoft have been trying to make inroads in the smartphone market as part of a partnership forged in 2011. Under the alliance, Nokia's Lumia smartphones have run on Microsoft's Windows software, but those devices haven't managed to compete with iPhone or an array of Android-powered devices spearheaded by Samsung Electronics' smartphones and tablets

Microsoft is betting it will have a better chance of narrowing the gap if it seizes complete control over how the mobile devices work with its Windows software.

Despite the dismal performance of Windows phones - 7.4 million units in the second quarter compared to Apple's 31 million and 187 million Android phones, according to research company IDC - Microsoft CEO Steven Ballmer was upbeat about the partnership with Nokia, saying he was encouraged by a growth of 78 percent in Lumia phone sales in a year.

"Now is the time to build on this momentum and accelerate it further," Ballmer said Tuesday. "Finland will become the hub and center for our phone R&D and we are counting very much on the incredible talent of Nokia employees to be a key part of driving and propelling Microsoft forward."

Ballmer said that Microsoft will invest more than $250 million in a new data center to serve European consumers.

Neil Mawston from Strategy Analytics said the move was good for Nokia's shareholders but did not change much for the ailing Finnish firm which has lost significant market share.

"Nokia is still heavily dependent on Microsoft's software capabilities and Microsoft continues to lag the market like it has done in the last few years," Mawston said. "Not much will change whether Nokia is inside or outside the Microsoft portfolio."

The acquisition is being made at the same time that Microsoft is looking for a new leader. Just 10 days ago, Ballmer, 57, announced he will relinquish the CEO reins within the next year in a move that many analysts regarded as Microsoft's tacit admission that the company needed an infusion of fresh blood to revitalize itself.

Nokia said that Stephen Elop will step down as president and CEO of the company with board chairman Risto Siilasmaa taking over his duties as an interim CEO.

The deal has fueled speculation that Elop, a former Microsoft executive, will emerge as a top candidate to succeed Ballmer. He will become executive vice president of Nokia devices and services in preparation for joining Microsoft once the acquisition closes

The deal with Nokia represents the second most expensive acquisition in Microsoft's 38-year history, ranking behind an $8.5 billion purchase of Internet calling and video conferencing service Skype. Tony Bates, who ran Skype, is also regarded as a potential successor to Ballmer.

The money to buy Nokia's smartphones and patents will be drawn from the nearly $70 billion that Microsoft held in overseas accounts as of June 30.

Microsoft expansion into mobile devices hasn't fared well so far. Last year, the company began selling a line of tablets called Surface in hopes of undercutting Apple's iPad. The version of Surface running on a revamped version of Microsoft's Windows operating system fared so poorly that the company absorbed a $900 million charge in its last quarter to account for the flop.

Google Nexus 4 8GB variant sold out on US Play store, not coming back
Samsung, Apple, Sony or Google: Who has vision to crack the smart watch