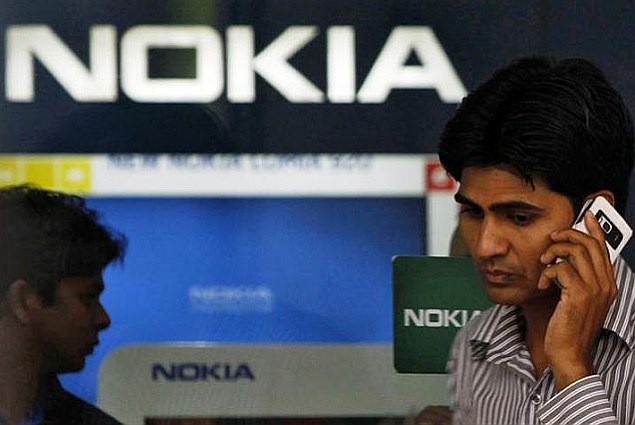 Finland's Nokia on Friday said it had received a new EUR 300 million sales tax claim from a regional authority in India, adding that it considered the claim "absurd".

Nokia told Reuters it had filed a writ to protest Tamil Nadu authority that claimed that handsets produced in the company's Chennai plant were not exported but instead sold in India.

In a statement on Friday, the company said, "Nokia considers the claim to be completely without merit and counter to domestic tax laws. In India, exports are by law exempt from tax, and Nokia has proved consistently that devices produced at Chennai are exported abroad. Indeed, the company has been regularly assessed and audited by the tax authorities since 2006 without incident, and it has also won numerous export awards from governmental organisations."

"It is absurd that the Tamil Nadu tax authority is now claiming that devices made in Chennai were not exported and were instead sold domestically in India. We contend that this allegation has no basis in reality whatsoever; it could easily be rebuffed by a check of documentation provided to various governmental departments including Customs. Nokia will defend itself vigorously in this matter," Nokia added.

The company further added the new claim had nothing to do with the closing of its deal to sell its phone business to Microsoft.

India's Supreme Court last week in a broader tax dispute ordered Nokia to give a Rs. 3,500 crores guarantee before it transfers the Chennai plant to Microsoft.

The ruling upheld a lower court verdict over the plant in Chennai, which is the subject of a tax dispute, and had been challenged by the Finnish company.

Nokia, which is selling its mobile phones business to Microsoft in a EUR 5.4 billion deal, previously agreed to set aside Rs. 2,250 crores in an escrow account while it fights the tax authority's claims in court.

But the Delhi High Court last month said that Nokia should also commit to paying an additional amount for any future tax claims and waive some of its rights to legal defence as a condition for transferring Indian assets to Microsoft.

The Microsoft deal, which will allow Nokia to shift its focus to network equipment, is expected to close by the end of this month and Nokia had been keen for a ruling before then.

Nokia said in a statement that it was disappointed by the 14 March ruling and was considering its options.

If the plant is not allowed to be transferred, Nokia can run it as a contractor to Microsoft, but not for long, the Finnish company's lawyers have said in court hearings.

If Nokia chooses to shut down the Chennai plant, it would leave thousands out of work and Microsoft without a key manufacturing site. It could also mean that Nokia ends up with less money from the Microsoft deal.The Chennai plant is one of Nokia's biggest phone-making factories and the company says it employs 8,000 people
Comments