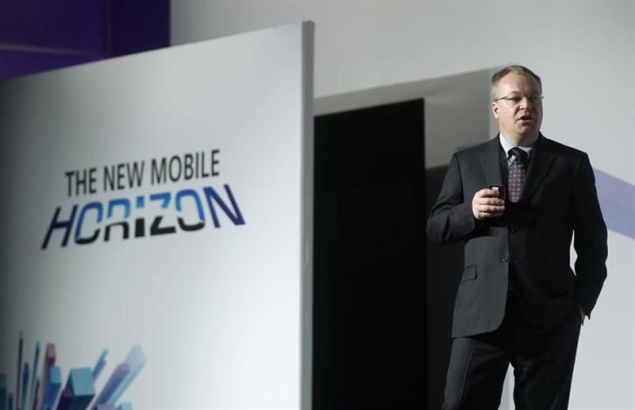 Nokia Chief Executive Stephen Elop took a 45 percent cut in his pay package last year, according to a U.S. regulatory filing, as the company continued losing market share in smartphones to Samsung and Apple.

While his base salary rose by 59,500 euros to 1.08 million euros, his stock and option awards fell slightly and he earned no bonus, according to the Thursday filing with the U.S. Securities and Exchange Commission.

His 2011 compensation included about 2 million euros to make up for income lost as a result of his move from Microsoft.

Nokia's shares fell 22 percent last year. The company reported an underlying profit in the fourth quarter thanks to cost cuts, but it axed its annual dividend payment for the first time to shore up its cash position.

The SEC filing included a customary list of risk factors, many of them focused on whether Elop's controversial decision in 2011 to adopt Microsoft's untested Windows Phone software would pay off.

Nokia said on Thursday that it will receive more payments from Microsoft than it pays to the software giant this year, but will be a net payer in royalties starting in 2014.

It said its payments to Microsoft will exceed what it receives from the U.S. company by about 500 million euros over the remainder of their pact. The companies have not disclosed how long their deal will last.