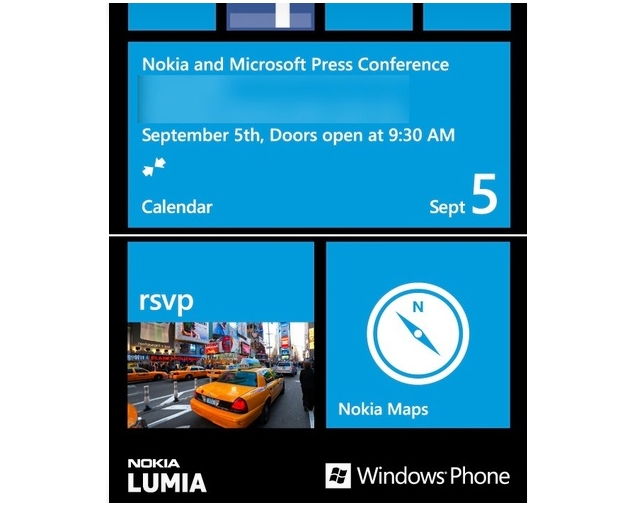 Finnish telecom giant Nokia and Microsoft plan to unveil a smartphone equipped with the US software giant's Windows 8 operating system in New York on September 5, a report said Wednesday.

The Verge, which got the press invite of the event, said the beleaguered Nokia could unveil its first Windows Phone 8 devices at the event. On the other hand, Helsingin Sanomat daily, which was first to report about the Sep 5 event, has stated that Nokia is also likely to showcase its first tablet on the same day.

The Finnish company's new strategy is phasing out its Symbian smartphones in favour of a partnership with Microsoft.

That alliance has produced a first line of Lumia smartphones, which Nokia is counting on to help it survive in a rapidly changing landscape marked by stiff competition from RIM's Blackberry, Apple's iPhone and handsets running Google's Android platform.

That took a hit when Microsoft warned that existing Lumia handsets would not be able to run its Windows 8 upgrade.

The company, which in 2008 enjoyed more than 40 percent of the global mobile phone market, was already struggling to maintain its leading position when it entered the Microsoft partnership.

Nokia no longer provides its global market share figures, but has reportedly now seen the number drop below 20 percent.

With inputs from AFP