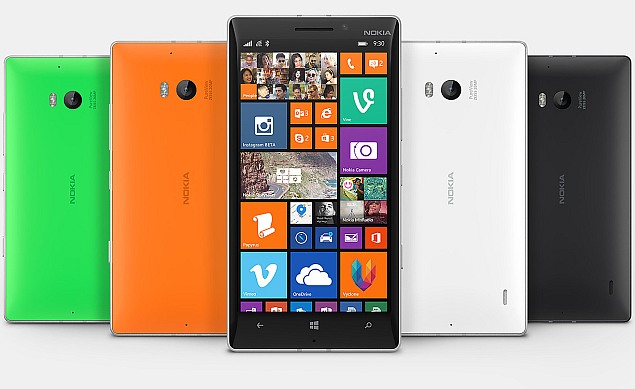 Starting with the Nokia Lumia 930 - a device that the company calls a 'flagship smartphone which delivers the best of Microsoft and Lumia for the ultimate video and imaging experience.' Priced at $599 (roughly Rs. 35,800) before taxes and subsidies, the Lumia 930 will be available from June beginning in Europe, Asia, India, Middle East and Latin America, and then roll-out globally over the summer. The device won't be available in the US, as it is a variant of the Lumia Icon.

The Nokia Lumia 930 features a 5-inch (1080x1920 pixel) display with a pixel density of 441ppi. The display boasts of a Gorilla Glass 3 screen, the 'Super Sensitive Touch' feature, and 'a near 180-degree viewing angle'. The Lumia 930 is powered by a 2.2GHz quad-core Qualcomm Snapdragon 800 SoC coupled with 2GB of RAM, and 32GB of built-in storage (7GB free OneDrive cloud storage).

The Lumia 930 (seen below) also sports a 20-megapixel PureView camera, which has optical image stabilization (OIS) and Carl Zeiss optics. A front-facing 1.2-megapixel wide-angle camera is onboard as well, apart from four directional microphones and integrated Dolby Surround Sound. A LTE quad-band chip and Bluetooth 4.0 LE support is featured. 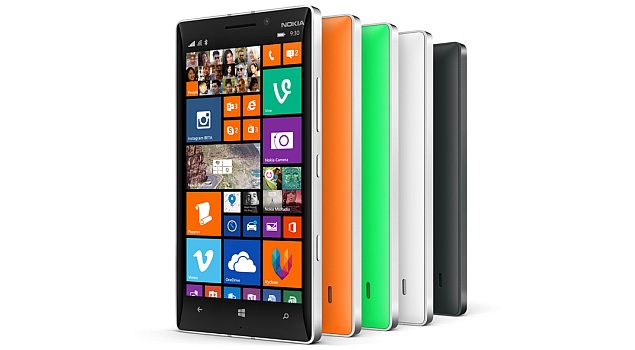 Featuring an aluminium frame with metallic accents, and a curved polycarbonate back with Bright Orange, Bright Green, Black and White colours, the Lumia 930 runs on a 2420mAh battery, and boasts of built-in wireless charging.

The Nokia Lumia 630 and Lumia 635 smartphones were announced at the event as well, said to offer an "uncompromised Windows Phone 8.1 experience at an affordable price." The Lumia 630 will be available in single-SIM and dual-SIM (called Nokia Lumia 630 Dual SIM) variants that feature only 3G connectivity; while the Lumia 635 will offer 4G/LTE connectivity, but no dual-SIM variant. 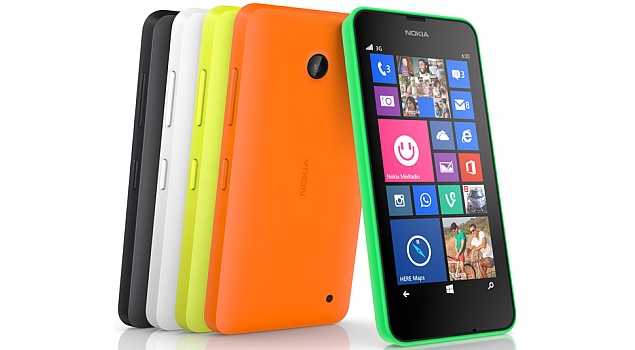 The common specifications of the Lumia 630 and the Lumia 630 Dual SIM include a 4.5-inch FWVGA (480x854 pixels) ClearBlack LCD display with Gorilla Glass 3 and a pixel density of 221ppi; a 1.2GHz quad-core Snapdragon 400 processor with 512MB of RAM; 8GB of built-in storage; a 5-megapixel rear autofocus camera; no front-facing camera, and a 1830mAh battery. MicroSD card storage expansion of up to 128GB is also supported.

The Nokia Lumia 635 and Nokia Lumia 630 will come with WhatsApp, WeChat, Nokia Camera, HERE Maps, and free Nokia MixRadio pre-installed. They also have the 'SensorCore' low-power sensing feature, meant for 'the next generation of exercise and exploration apps' like Bing Health and Fitness.