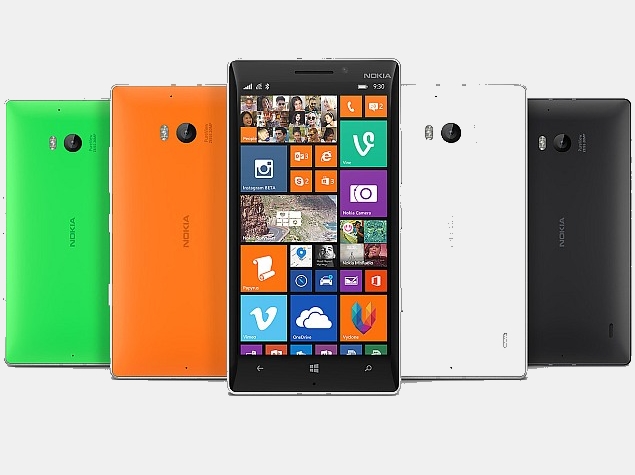 Microsoft on Monday has announced the availability of its recently unveiled Lumia 930. Priced at $599 (approximately Rs. 35,800), the sales of Lumia 930 will begin this week in Asia, Europe and the Middle East. The company also said that "further rollout throughout the world (except the US) will continue over the coming weeks."

The Lumia 930 was first unveiled in April at Microsoft's Build 2014 conference along with the Lumia 630 and Lumia 635.

The smartphone is already listed on various online retailers (Flipkart, Infibeam, HomeShop18) in India without price.

The Nokia Lumia 930 features single-SIM support and runs Windows Phone 8.1 out-of-the-box. It features a 5-inch full-HD (1080x1920 pixel) ClearBlack OLED display with a pixel density of 441ppi. The display boasts of a Gorilla Glass 3 screen, the 'Super Sensitive Touch' feature, and 'a near 180-degree viewing angle'. The Lumia 930 is powered by a 2.2GHz quad-core Qualcomm Snapdragon 800 SoC coupled with 2GB of RAM, and 32GB of built-in storage.

It sports a 20-megapixel PureView camera with dual-LED flash, which has optical image stabilisation (OIS) and Carl Zeiss optics. A front-facing 1.2-megapixel wide-angle camera is onboard as well, apart from four directional microphones and integrated Dolby Surround Sound. The Nokia Lumia 930 comes in 32GB of built-in storage (additional 7GB free OneDrive cloud storage), but there is no expansion option for microSD card.