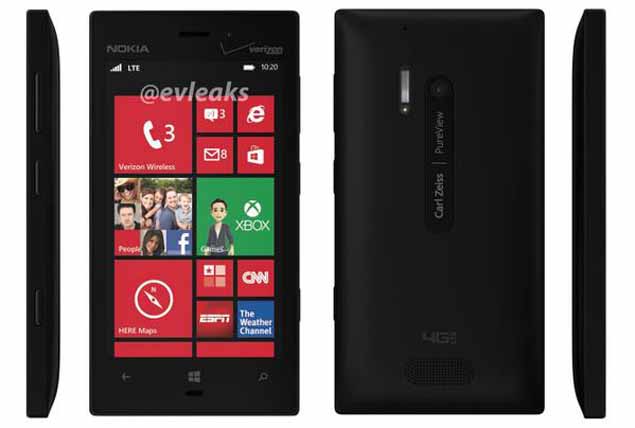 Nokia Lumia 928 has been spotted on Twitter via the infamous @evleaks.

GSMArena via neowin.net is reporting that Nokia will be unveiling its Lumia 928 on April 25. The website further goes on the claim that this smartphone will be available exclusively through telecom operator Verizon and will be available in the market from either May 2 or May 9. May 2 is an interesting date for Lumia 928 to be available as it is the same date on which AT&T exclusive contract for Nokia Lumia 920 will end.

It remains unclear whether Nokia Lumia 928 will come to other markets outside US, and indeed what will be the pricing.