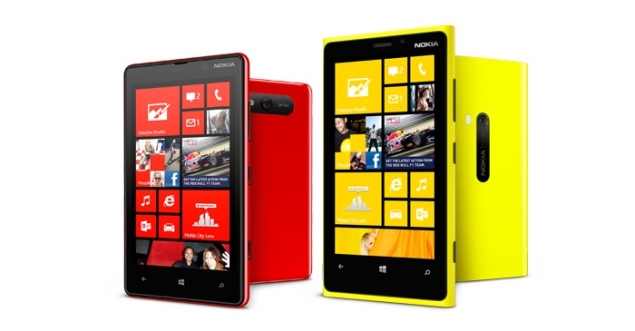 Nokia has announced that it has started shipping its Windows 8 based smartphones Nokia Lumia 920 and Lumia 820 in France and UK, followed by Russia and Germany later this week. Nokia had first showcased both these smartphones in September 2012.

Nokia Lumia 820 on the other hand is a mid-range Windows Phone 8 smartphone. It has a 1.5GHz Qualcomm S4 dual-core processor, 4.3-inch Clearblack display, 8GB of internal storage and an 8-megapixel rear camera.

"After seeing the enthusiastic response to the incredible innovation in the Nokia Lumia 920 and Nokia Lumia 820, we're eager for people to start experiencing the phones for themselves," said Jo Harlow, executive vice president, Nokia Smart Devices. "We are focusing our efforts on working with partners who recognize the value of that innovation, and who are committed to helping Lumia and the Windows Phone platform breakthrough in key markets around the world."

The company has also mentioned that Nokia Lumia 920 will reach as many as 15 countries in November, which includes India, Australia, Hong Kong and United States. However, Nokia has not yet shared a specific date for this smartphone's availability in India. Given that the festive shopping season has already started in the country, one can guess that Indian users will soon get to see the device.

As for Nokia Lumia 820, there is no clear road map provided by Nokia so far but it should be making its way soon to India.

Recently Nokia had announced its most affordable Windows smartphone, Nokia Lumia 510 in India and that too is expected to go on sale in the first week of November.