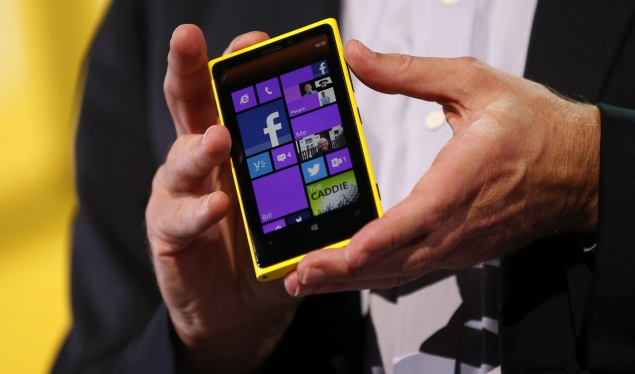 AT&T set a $50 starting price for Nokia's latest Windows smartphones, which the struggling Finnish phone maker is pinning its hopes on for a turnaround.

Nokia, which has lost out hugely to Apple Inc and Samsung Electronics Co in recent years, is hinging its entire future on Microsoft's mobile software. HTC mostly sells phones based on Google Inc's Android software but is hoping to diversify with Windows Phone 8.

The three devices are key for Microsoft which is banking on its Windows Phone 8 software to challenge Apple's iPhone and Android phones from vendors like Samsung.

The low Nokia price shows that volumes are more important to the company than profits as it is hoping to re-build a U.S. customer base, Current Analysis analyst Avi Greengart said.

And with such aggressive pricing, the only reason these phones could fail to sell well is if consumers decide they are not interested in the Microsoft software, Greengart said.

"It's almost a referendum on Microsoft's operating system," said the analyst.

AT&T is also offering a free wireless charging plate with the purchase of the Lumia 920, which is worth about $80 according to an estimate from Greengart, who used previous wireless chargers as a benchmark.

"This is a valuable accessory that AT&T and Nokia are throwing in the box for free," Greengart said. "I would think this will make it more difficult for HTC because they have a product with a smaller display and less unique features."

The prices are for customers who sign a two-year wireless contract with AT&T. The phones, which are available beginning November 9, can be pre-ordered starting Wednesday.

The biggest U.S. mobile service provider Verizon Wireless a venture of Verizon Communications and Vodafone Group Plc said last week that it would sell another Nokia model the Lumia 822 for $99.99, including a $50 rebate.