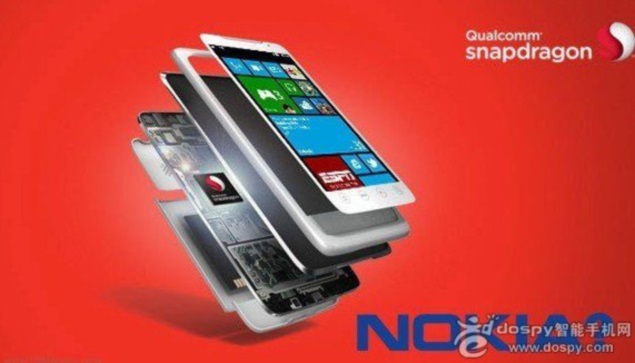 Nokia seems to be getting aggressive with its Lumia line-up as the company has unveiled three smartphones in a short span of time. Not content with launching the Lumia 925, Lumia 1020 and Lumia 625, the company is apparently working on the Lumia 825 featuring 5.2-inch display.

A report in the Chinese Media first picked up by Unwired View notes that Nokia is working on its first phablet, the Lumia 825 which will be based on Windows Phone 8 GDR3 update.

According to the report, Microsoft is expected to release the GDR3 update for Windows Phone 8 soon which will enable support for quad-core processors and full-HD displays on the Windows Phone platform.

The rumoured Nokia Lumia 825 is believed to be a successor to the Lumia 820 which was launched alongside the former flagship, the Lumia 920. The site claims that the alleged Lumia 825 will be a mid-range device as it will still boast a 720p HD screen and not a full-HD display.

The site further suggests that the Lumia 825 will likely be powered by quad-core processor and the chipset may be Qualcomm's Snapdragon 400 possibly clocked at 1.2GHz. Nokia is expected to release the Lumia 825 in October, the report claims.

Nokia has no doubt taken the whole Windows Phone ecosystem on its shoulders and thanks to its growing Lumia line-up, Windows Phone smartphones seem to be finally gathering some momentum. The launch of quad-core phones is the next step, something that Android and other platforms have been sporting for a while now.