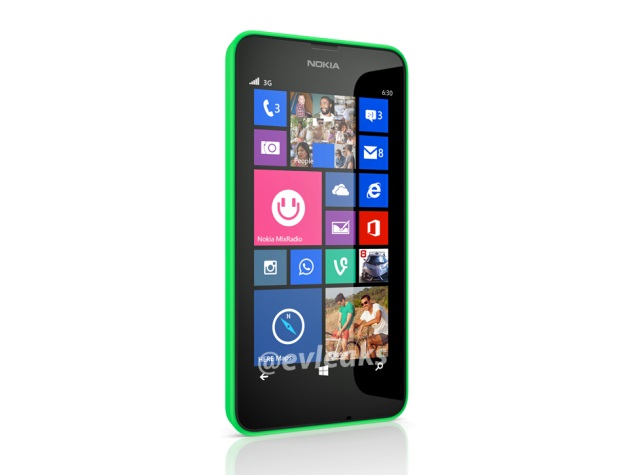 Nokia is rumoured to announce its anticipated Windows Phone handsets, the Nokia Lumia 630 (thought to be codenamed Moneypenny) and Nokia Lumia 930 (thought to be codenamed Martini) in the upcoming Microsoft Build 2014 conference in April as the launch devices for Windows Phone 8.1, the update to Microsoft's mobile operating system that has for a while been expected to be unveiled at the event.

Earlier this month, it was rumoured that Nokia might reveal its 'Martini' handset on the firm's 19 April 2014 event, alongside other devices such as Nokia Lumia 1820, Lumia 1525 and Lumia 1520 V.

A report by My Nokia Blog quotes a source close to Nokia who claims the Lumia 630 will arrive in both single-SIM and dual-SIM variants (making it the first dual-SIM Windows Phone). It is further said to arrive without a rear camera flash, hinting it will fall in the budget segment.

No details have been reported about the Lumia 930 (Martini) handset, expect for the expected Build conference launch. The long-rumoured Windows Phone device codenamed 'Goldfinger' has been mentioned in the report however, as possibly due to launch at the same event, as the company's flagship device.

Last year, the Goldfinger handset has been previously rumoured to be the firm's flagship device, which would flaunt Nokia's '3D Touch' technology. Reports suggest that the rumoured '3D Touch' feature uses device's sensors to detect interactions that are off-the-glass. The Nokia Goldfinger is said to come hand gesture support which will let users navigate on a phone without touching the display, while other gestures under consideration include flipping and scrolling.

In February 2014, popular phone tipster @evleaks posted an image that purportedly showed the Nokia Lumia 630. The leaked render of the alleged Nokia Lumia 630 shows on-screen navigation control buttons for Back, Start and Bing search on the device, instead of buttons found on current Lumia models.