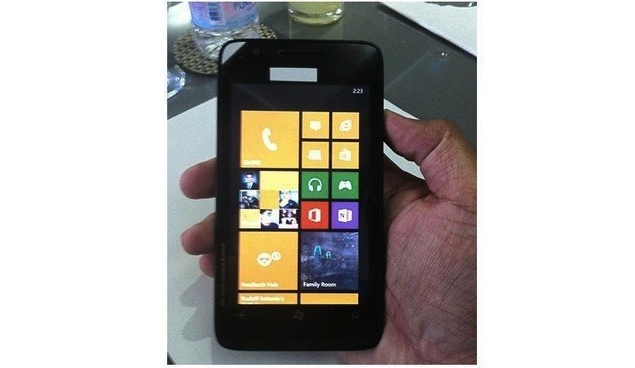 It looks like Nokia might be announcing a large screen Lumia device with Windows Phone 8 very soon.

According to a Chinese website (via GSM Insider), Nokia is likely to announce the Lumia 625, a mid-range Windows Phone 8 smartphone that will feature a 4.7-inch display with a resolution of 480x800 pixels. The phone is expected to be powered by a Qualcomm MSM8960 Snapdragon S4 chipset with dual-core processor.

The site mentions that Nokia might reveal the phone during its forthcoming event on May 14 with the Lumia 928 and Lumia 925, the company's new flagships but also gives a disclaimer that if the phone doesn't release on that particular day, then it's likely to get a separate event in June or July.

A recent report had indicated that Nokia intended to launch a number of flagship devices later this year, including a supersized phablet. The report had cited people with knowledge of the company's plan who said that the phablet would be similar in size to the Galaxy Note but will have advanced specifications.

While the Galaxy Note is a 5-inch device, a 4.7-inch phone comes close to entering the phablet territory. However, the WVGA display would be a little disappointing as Windows Phone 8 does support WXGA (768x1280 pixels) resolution, which the Lumia 920's display sports.

Nokia had recently confirmed the Lumia 928, its new flagship Windows Phone smartphone, through a teaser on its US website that also displays the image of the phone. The teaser focuses on the camera capabilities as it features the caption 'Capture the Highlights'. The teaser follows a print ad in the magazine Vanity Fair that featured the same image and mentioned that the phone will employ Nokia's PureView imaging technology for taking images in low-light conditions and Optical Image Stabilisation. The phone in the image sports US carrier, Verizon's branding.

A few weeks back, the phone's image was leaked on Twitter by the serial phone-leaker, @evleaks. Looking at the picture, it was apparent that the Nokia Lumia 928 will come with a PureView camera along with Xenon Flash and come in a polycarbonate body.

The Lumia 925 is said to be the International version of the Lumia 928.

Besides these, it's also expected that Nokia could be announcing its EOS phone, a camera focused phone that will feature a 41-megapixel sensor, Xenon and LED flash and run Windows Phone 8. There are also rumours that the Finnish company could launch the Nokia Catwalk, which is expected to come with a 4.5-inch display and a 1.5GHz dual-core processor and feature an aluminium body.
Comments

Pinterest review: Cleaner, easier to manage
T-Mobile US sells 500,000 iPhones in a month