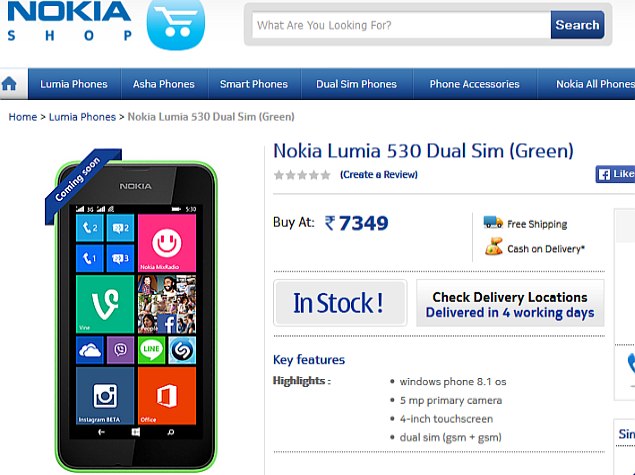 Microsoft has launched the Nokia Lumia 530 Dual SIM in India at Rs. 7,349. The smartphone was notably launched on July 23 along with its single SIM variant, which has identical specifications except support for two SIM cards.

The Nokia Lumia 530 Dual SIM handset is available to buy from the company's official online store for India.

To recall, the Nokia Lumia 530 Dual SIM features a 4-inch FWVGA (480x854 pixels) LCD display that offers a pixel density of 246ppi. It is powered by a 1.2GHz quad-core Qualcomm Snapdragon 200 alongside 512MB of RAM. It sports a 5-megapixel fixed focus rear camera and also comes preloaded with digital camera add-ons such as Bing vision, Nokia Camera, and Nokia Glam Me.

The Nokia Lumia 530 Dual SIM features 4GB of inbuilt storage which is further expandable via microSD card (up to 128GB). The Lumia 530 and Lumia 530 Dual SIM, much like other Lumia handsets, come with 15GB free OneDrive cloud storage space. The smartphones measure 119.7x62.3x11.7mm and weigh 128 grams. 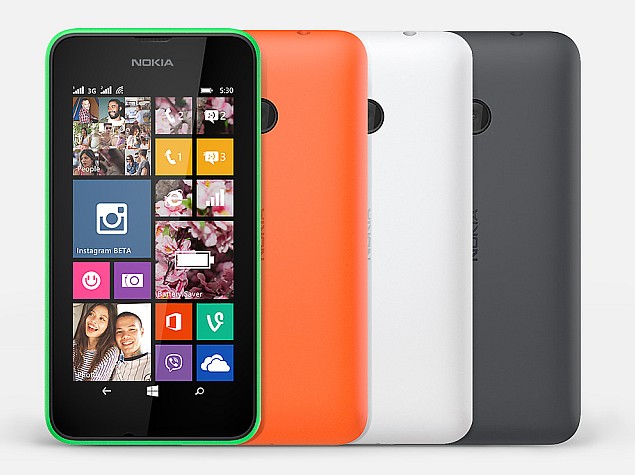 The Lumia 530 Dual SIM packs a 1430mAh battery which is rated to deliver up to 10 hours of talk time and up to 528 hours of standby time. The smartphone comes with GPRS/ EDGE, 3G, Wi-Fi (802.11 b/g/n), Bluetooth (4.0), GPS and Micro-USB connectivity options. Notably, both the handsets feature Micro-SIM card slots.

It is worth noting that Microsoft's latest budget Lumia smartphone first went on sale last week in China at CNY 599 (Rs. 6,000 approximately).