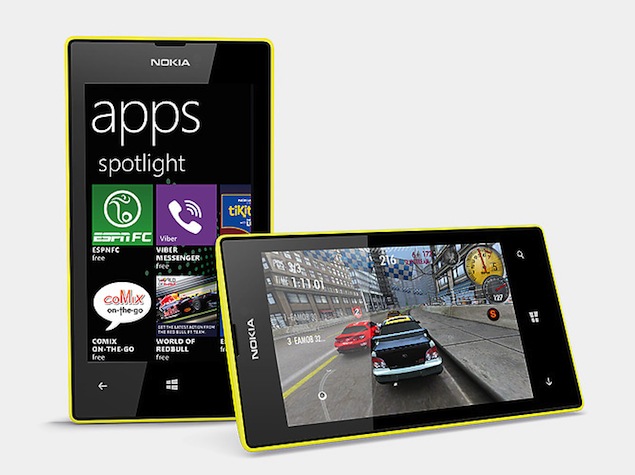 Nokia Lumia 520, that was recently unveiled in India as the 'cheapest Windows Phone 8' mobile, is now available for purchase from Nokia's official website and other online as well as offline dealers for Rs. 10,499.

Nokia originally showcased the Lumia 720 and Lumia 520 at Mobile World Congress in Barcelona. The phones were then launched in the Indian market in March. While the Nokia Lumia 520 is now here, as per company's original statement, the Lumia 720 is expected to be available in mid-April.

Nokia Lumia 520 comes with 4.0-inch WVGA display and is powered by a Snapdragon S4 1GHz dual-core processor alongside 512MB RAM and 8GB internal storage expandable up to 64GB via microSD card. The phone comes with a 5-megapixel rear camera and connectivity options include Bluetooth, Wi-Fi and 3G.