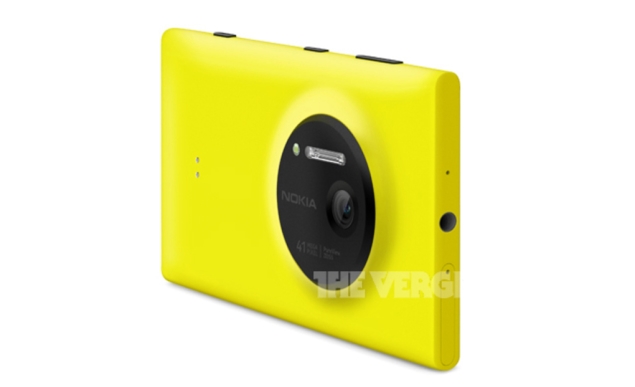 Nokia may be busy gearing up for the launch of its next-flagship camera smartphone, the Lumia 1020, but full specifications of the device have been revealed ahead of launch.

Unleash the Phones revealed the specifications of the 41-megapixel Windows Phone called Nokia Lumia 1020 hours ahead of its official launch. While The Verge has posted a number of press shots of the Nokia Lumia 1020.

As per the revealed spec sheet, the Nokia Lumia 1020 will come with a 4.5 inch AMOLED display with a resolution of 768x1280 pixels and 2.5D sculpted glass Gorilla Glass 3. Nokia has also added features like PureMotion HD+, Super sensitive touch that works even if you are wearing gloves and ClearBlack technology to the display.

The device is said to be powered by a 1.5GHz dual-core Snapdragon processor; however there is no word about which Snapdragon processor. The highlight of the device is the PureView 41-megapixel sensor which offers Optical Image Stabilization (OIS), backside-illuminated image sensor, 6 lens optics accompanied by a Xenon Flash. Nokia has also complemented the camera with its software like Nokia Pro Camera and Smart Camera Mode, while there is a 1.2-megapixel front camera as well. There is 32GB internal storage on the device, 2GB RAM and will also come with 7GB SkyDrive cloud storage.

Other major features include USB 2.0, Bluetooth 3.0, NFC with SIM based security, Wi-Fi a/b/g/n, A-GPS and Glonass. There is said to be a 2,000mAh battery that Nokia claims would deliver a standby time of 16 days and a talk time of 13.3 hours. The handset would be available in three colours Yellow, White and Black. On software front, the Nokia Lumia 1020 would come preloaded with the suite of Nokia apps like Nokia Music, Maps, HERE Maps, Nokia City Lens etc.

The leaked spec sheet seems to be missing external storage and wireless charging, which seems to suggest that the phone will lack these features.

The Nokia Lumia 1020 had earlier made an appearance via a leaked image.

The Nokia Lumia 1020 accessories will include a Camera Grip shell featuring tripod-mount support and a two-stage camera button, according to The Verge.