Nokia Launch Event Set in London for March 19: Here's All You Need to Know 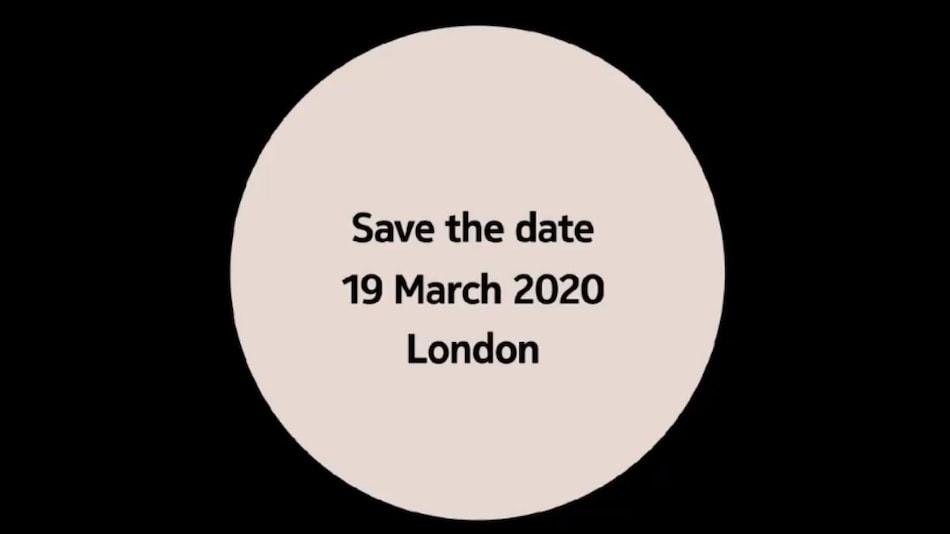 Nokia March 19 event is scheduled to take place in London

HMD Global's Chief Product Officer Juho Sarvikas on Tuesday took to Twitter to announce the launch date for the upcoming Nokia event. Without revealing the products, Sarvikas in a post said the company has "something very special lined up" at the event in London which is set to take place on March 19. The announcement comes after the company was last month forced to pull out of the MWC event in Barcelona thanks to the coronavirus outbreak. HMD Global is expected to launch several new smartphones at the London event.

No Time To Wait. We have something very special lined up for you. #nokiamobilelive pic.twitter.com/xQAZWok0v6

Rumours indicate the event will witness the launch of smartphones including Nokia 8.2 5G, the Nokia 5.2, the Nokia 1.3, and a new Nokia C2. The Nokia C2 smartphone will be the latest addition to Nokia C-series that was first launched in 2010.

Here's a look at what is expected and what we know so far.

The Nokia 8.2 5G is rumoured to come with a pOLED or LCD panel and a Qualcomm Snapdragon 765 SoC that comes with an integrated 5G modem. Besides, the phone is rumoured to have a pop-up selfie camera setup with a 32-megapixel sensor and have a rear camera setup similar to that of the Nokia 7.2. Furthermore, a 3,500mAh battery, 3.5mm headphone jack and laterally placed fingerprint sensor are also expected to be equipped.

Nokia is also rumoured to launch a special edition of the smartphone with 8GB of RAM and 128GB or 256GB onboard storage. The regular version is said to come with 6GB of RAM and roughly 128GB storage. Nokia 8.2 5G is expected to carry a price tag of EUR 459 (roughly Rs. 36,000).

In terms of the specifications, the phone is said to come with a 6.2-inch display, dual rear cameras, and an 8-megapixel selfie camera. The phone is further rumoured to be powered by Qualcomm Snapdragon 632 SoC processor and carry 3,500mAh battery, up to 4GB of RAM, and up to 64GB of onboard storage.

HMD Global is also expected to revive entry-level smartphones with Nokia 1.3 and Nokia C2. The rumoured specifications of the Nokia 1.3 include 1GB of RAM, 8GB of onboard storage, and a 13-megapixel rear camera. The phone can be expected to be priced at EUR 79 (roughly Rs. 6,200).

Similarly, Nokia C2 is expected to be unveiled at the event and will carry upgrades such as 4G support and with Unisoc processor. Given the current price of the Nokia C1 which roughly Rs. 4,000, the Nokia C2 can be expected around the same mark.