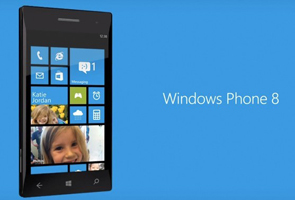 It is no longer a secret that Nokia and Microsoft planning to launch smartphones running on Windows Phone 8 operating system in New York at a joint event being held on September 5, 2012. However, now sources at The Verge, are speculating that the Finnish handset maker will be launching two new smartphones, which are currently code named 'Arrow' and 'Phi'.

Both these devices will be under the Lumia range of smartphones from the company. Nokia Phi is expected to be the new flagship smartphone. In terms of design this smartphone will draw resemblance to Nokia Lumia 900 and Lumia 800 and will also have typical polycarbonate body (Watch: Design philosophy of Nokia Lumia 900).

Nokia Arrow on the other hand is expected to be another mid-range Windows Phone 8 smartphone from Nokia, which may have a 4-inch or 4.3-inch display. As of now, not many details about this smartphone are available.

On a separate note, it's also being speculated that Nokia also has a smartphone similar to Nokia Arrow codenamed Atlas in works. This smartphone is perhaps the CDMA version of Arrow and is expected to be launched in US later in the year.

Explore the Red Planet with Angry Birds Space on iOS, Android
Now, a robot that will understand emotions