Nokia G50 is speculated to be the cheapest 5G offering from the company. 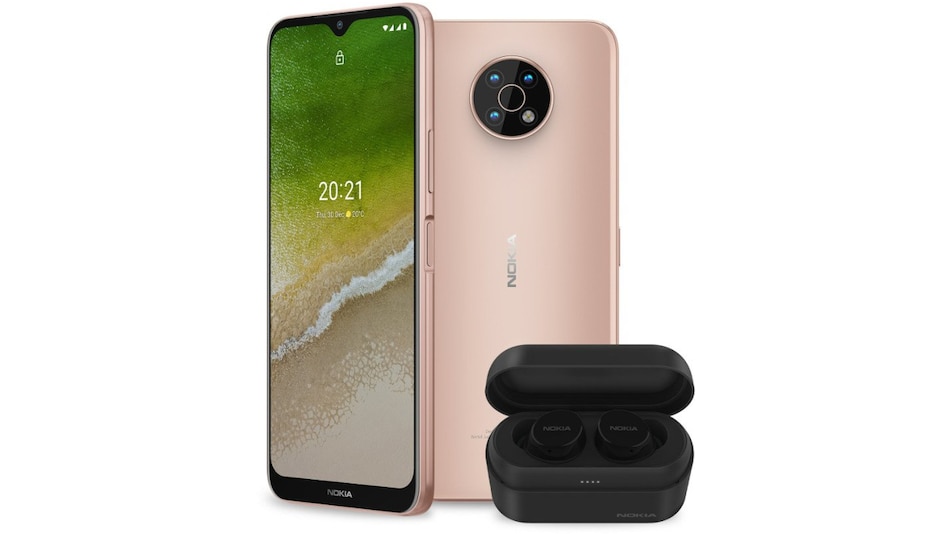 Nokia G50 could be gearing up for a launch soon as some of the smartphone's key specifications appears to have surfaced online via a listing on China's TENAA certification site. The upcoming smartphone is speculated to be the cheapest 5G offering from the company. It may launch in certain markets in September. It is speculated to reach the Indian market as well. Last week, Nokia accidentally revealed the upcoming Nokia G50 through a post on Instagram and earlier this week, some official-looking renders, price, and specifications of the smartphone surfaced online.

The TENAA listing for Nokia G50 was first spotted by MySmartPrice. The listed phone is seen with model number TA-1361, believed to belong to Nokia G50. The upcoming Nokia smartphone is shown with a 6.82-inch HD+ (720x1,640 pixel) IPS LCD display. As per the listing, the smartphone could measure 173.83x77.68x8.85mm and weigh 220 grams. The listing also mentions that the smartphone could get 2GB, 4GB, 6GB, and 8GB RAM options and may come in 64GB, 128GB, 256GB, and 512GB storage variants. Onboard storage could also be expanded via a microSD up to 1TB.

Nokia G50 is also listed to come with Android 11 out-of-the-box. It is expected to feature a 2GHz octa-core processor — likely to be the Snapdragon 480 5G SoC.

The smartphone may come with a triple rear camera setup, headlined by a 48-megapixel primary sensor, as seen on the accidental Instagram post. TENAA lists the smartphone to have 720p video recording capability and it may get an 8-megapixel selfie camera as well. Nokia G50 is also listed with a 4,850mAh battery. It may sport gravity sensors, distance sensors, and light sensors. Connectivity options could include dual-SIM support, Wi-Fi 802.11 b/g/n/ac, Bluetooth, GPS, a 3.5mm audio jack, and a USB Type-C port.

The upcoming Nokia smartphone may come in Blue and Midnight Sun colour options and support 5G connectivity. The design appears to be similar to the one found on Nokia G10 and Nokia G20. The rear panel has a gradient finish while the front gets a waterdrop-style notch for the selfie camera.