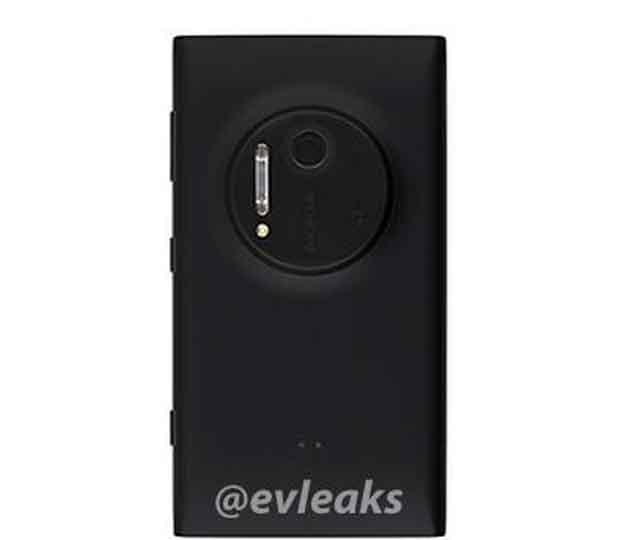 Just a day ago, the press render of Nokia EOS leaked online and we were told the phone will be launched as Lumia 1020.

Now, an image showcasing the back of the smartphone has been posted online courtesy @evleaks who now claims the phone will be released carrying the name Nokia 909, since it's a successor of sorts to the Nokia 808 PureView.

An earlier leak suggested that the Nokia EOS will come with a 'Nokia Pro Cam' application, which may offer advanced controls.

From the leaked image, it appears that the Nokia EOS follows the same design philosophy as the Nokia Lumia 920 and will come with a polycarbonate body.

Past rumours suggest that the Nokia EOS will sport an OLED display, which has a screen resolution of 768X1280 pixels and 32GB of internal storage. This smartphone is also expected to run on Nokia's 'Amber' Windows Phone software update.

The Amber update was unveiled at the time of the launch of Nokia Lumia 925.

Nokia has already sent out invites for a July 11 event with 'Zoom Reinvented' tagline. It is being touted that the Nokia EOS will make its debut at this event.