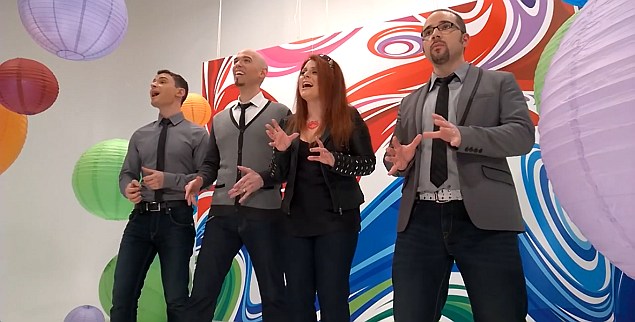 Nokia, the Finnish smartphone maker, is celebrating the 20th birthday of its iconic ringtone. The famous patent tone, which debuted in the year 1994 on the Nokia 2110 handset, is till date found as a ringtone on the company's Lumia and Asha range of handsets.

"Naturally, there have been many different versions of the Nokia ringtone as the technology has advanced over the years, but the melody always remains the same," stated Nokia in its official conversations blog.

The firm, through a video, revealed the a cappella version of the song. The video shows four people giving different beats (vocals) and mirroring the iconic Nokia music in their own way.

A number of Nokia users have additionally shared their thoughts on the couple of decade old iconic tune. "It's still being a classic. From my 3500 Classic, to my Lumia 920 :D -HB Nokia Tune," states a user named Leonel Castellano.

"Who can forget the famous ringtone back in early 2000 (that's what really stuck in my mind), the "Connecting People" animated gif whenever you boot your device followed by the start-up tone. Ah, those were the days. That particular tone was very unique to Nokia and I recall, even other device manufacturers made that tone available as option tone to their device. Happy Birthday Nokia! (I'm supposed to sing you a Happy Birthday song but the song itself was already licensed, so... Hahaha! Cheers!)," stated Hethler De Chavez, another Nokia fan.

Nokia, days before celebrating the 20th birthday for its Nokia tune, unveiled Nokia Lumia 930, Lumia 630 and Lumia 635 along with Windows Phone 8.1 OS