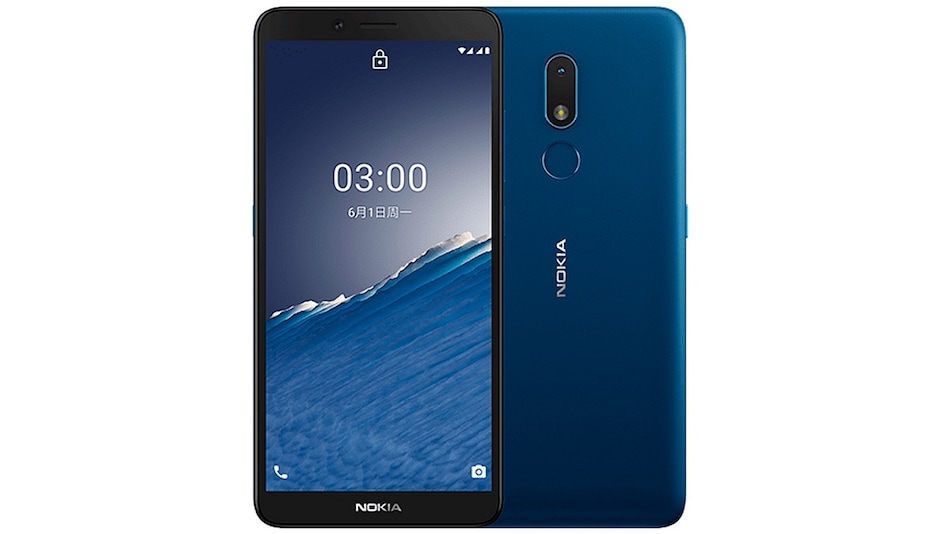 Nokia C3 has a single camera on the back

Nokia C3 has been launched in China as the latest entrant in the brand's budget friendly C series. It comes with a relatively older design aesthetic with thick bezels, especially on the top and bottom. It is powered by an octa-core processor and comes with a single camera on the back. The Nokia C3 will be offered in a single RAM and storage configuration with two colour options. The phone comes with dual-SIM support and storage expansion, and has a button on the side to for quick access to a mapped feature.

The Nokia C3 is priced at CNY 699 (roughly Rs. 7,500) for the sole 3GB + 32GB model. It comes in Nordic Blue and Gold Sand colour options. It is currently up for pre-orders in the country and will go on sale starting August 13. As of now, there is no information on international availability.

The dual-SIM (Nano) Nokia C3 runs on Android 10 with a custom skin on top. It features a 5.99-inch HD+ (720x1,440 pixels) IPS display with 400 nits of brightness. The phone is powered by an octa-core processor, believed to be from Unisoc, paired with 3GB of RAM.

The Nokia C3 comes with 32GB of onboard storage that is expandable via microSD card (up to 128GB). Connectivity options include Wi-Fi 802.11 b/g/n, 4G, Bluetooth v4.2, GPS/ A-GPS, a 3.5mm headphone jack, and a Micro-USB port for charging. There is a 3,040mAh battery with 5W charging, which Nokia claims can provide up to 31 hours of audio playback and up to 7 hours of video playback. The sensors on the Nokia C3 include an ambient light sensor, proximity sensor, acceleration sensor, and a fingerprint scanner on the back. There is also an Xpress button that can be mapped with a feature or an app for quick access. The phone measures 159.9x77x8.69mm and weighs 184.5 grams.

China Will Not Accept US 'Theft' of TikTok, Says State Media
PS4 Controllers Will Work on the PS5, but Only With PS4 Games