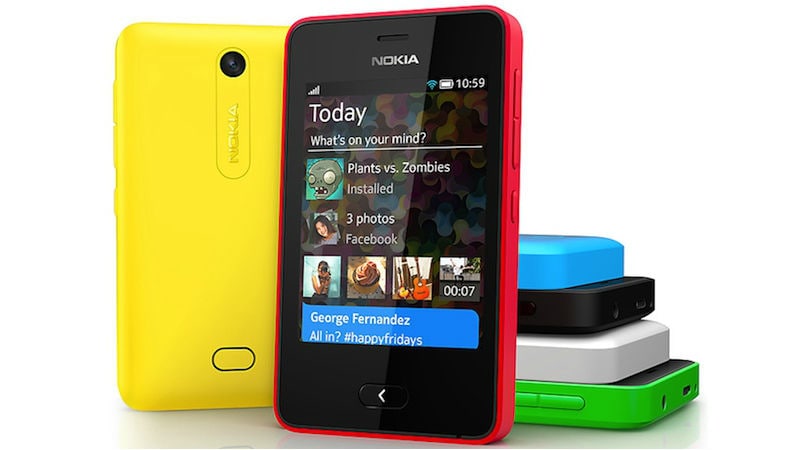 Alongside preparing one of the first Android Go phones, HMD Global is apparently planning to bring back the iconic Nokia Asha brand. The Finnish company has acquired the trademark for the Asha brand label through the EU Intellectual Property Office (EUIPO). The wording of the trademark filing also indicates HMD Global may use the brand for smartphones, instead of feature phones the Nokia Asha brand was originally associated with.

As per the information available on the official EUIPO site, the trademark application was originally filed in October 2011 but the Asha label has been transferred to HMD Global, which is the new parent company of Nokia, on January 9, 2018. As spotted by Nokia-focused blog LoveNokia, the trademark allows the company to build "computer software platform used in mobile telephones and smartphones; mobile phones and smart phones" as well as "wireless communication services namely for computer software used in mobile telephones and smartphones".

All this hints that the company could use the Nokia Asha trademark to build new smartphone models, and if that is the case, the company would likely use Android instead of developing its own smartphone operating system. It is worth noting here that neither the trademark information at EUIPO nor HMD Global has so far confirmed any details regarding the Asha brand label. However, considering the ongoing competition in the smartphone market, the company is likely to leverage the trademark acquisition to develop new affordable smartphones.

Since late last month, HMD Global has been in the headlines for preparing the Nokia 1 that would be the company's first Android Go smartphone. The entry-level handset is rumoured to be launched in March, though there are some speculations that the company would showcase the device in late February, at MWC 2018. It is expected to run the stripped-down version of Android Oreo and come with preloaded apps such as Google Maps Go, Files Go, and Google Go among others. Further, some early leaked images show a couple of prototypes of the Nokia 1. The images suggest a plastic back.

As per a recent report by Counterpoint Research, HMD Global has shipped 2.8 million Nokia Android smartphones and 13.5 million Nokia feature phones in the third quarter of 2017. The Espoo, Finland-headquartered company is ranked third in the list of top feature phone makers, while it is 16th when it comes to leading smartphone brands, according to the research firm. One of the highlighted models by the company in the past year is the redesigned Nokia 3310 and the top-end Nokia 8.