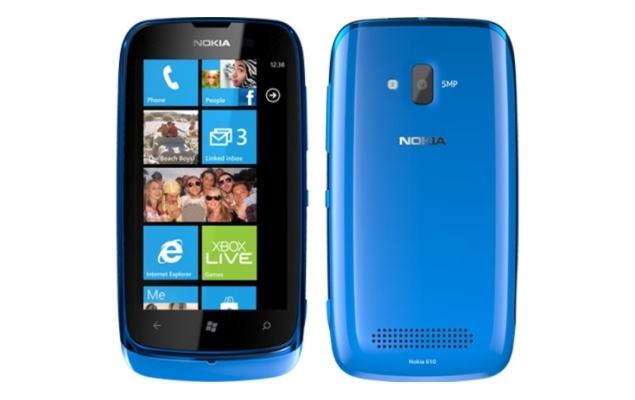 Nokia India has announced the launch of Lumia 610 in the country. It has been priced at Rs. 12,999 and will go on sale starting Saturday in the country. Company also revealed that it has partnered with Warner Bros and The Dark Knight Rises to provide exclusive content for its Lumia series of smartphones including exclusive trailers, movie information, ringtones and wallpapers.

In addition to the exclusive content, Nokia will also be releasing a limited edition The Dark Knight Rises version of Lumia 800 in India. Company plans only to release 200 units of the limited edition and it will be sold for Rs. 24,999 on Nokia India website.

Coming back to Lumia 610, it features 3.7-inch display, 5MP camera, 800MHz processor and 8GB of internal storage. The smartphone currently runs on Windows Phone 7.5, but company has promised an update to Windows Phone 7.8 sometime later this year.

Lumia 610 also comes with several new features like Nokia Music with Mix Radio, Creative Studio, which will be rolled out to other smartphones in the Lumia series in July-end.

Nokia also revealed that it will be releasing Lumia 900 in this quarter in the country, but did not give a specific launch date.