A leaked image has surfaced online that shows off a feature phone seemingly running Android. 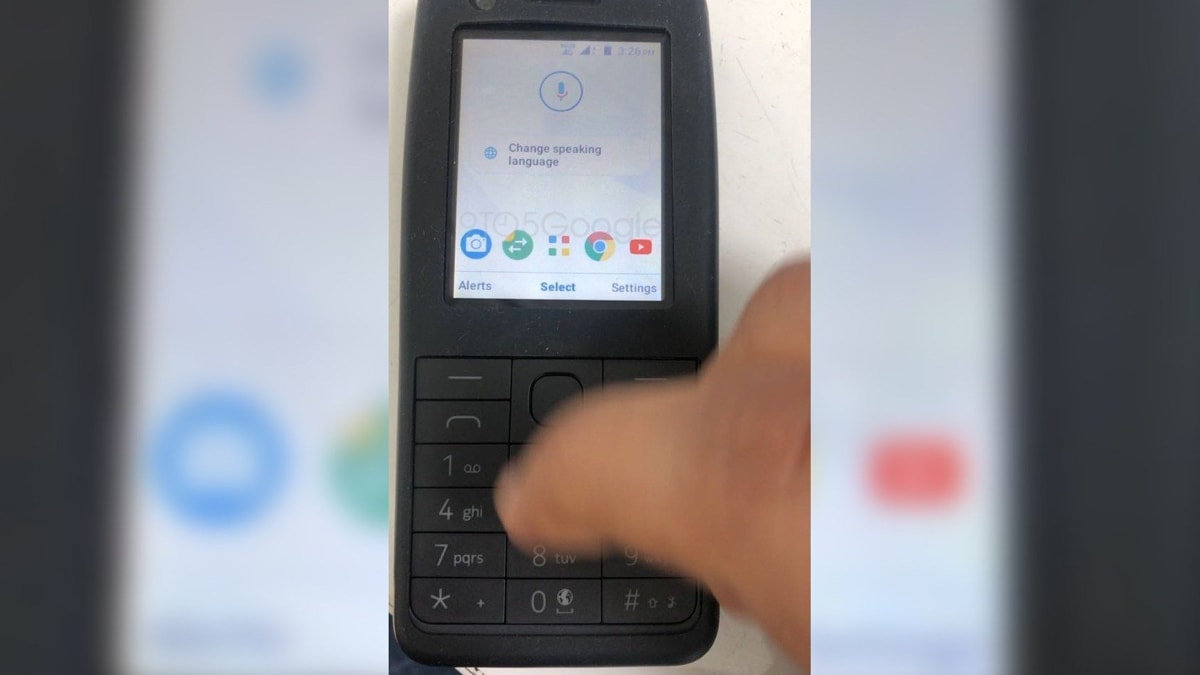 A Nokia phone powered by Android could be in development, according to a leaked photo

Smartphone adoption rates across the globe may be growing consistently, but that doesn't mean feature phones are dead. Feature phones have evolved into 'smart' feature phones, carrying the traditional feature set while offering more value-added features. HMD Global currently sells quite a few feature phones under the Nokia brand. The company is now reportedly working on a Nokia feature phone powered by Android. If this turns out to be true, this will be the company's first such phone.

A leaked image, reported by 9to5Google, seems to reveal a feature phone that looks like the Nokia 220, supposedly running Android. The phone doesn't include any branding, and includes a four-directional d-pad, T9 keyboard, and other traditional feature phone settings.

The hands-on image also sheds some light at the software powering the feature phone. The interface features a home screen with a shortcut to invoke Google Assistant, with a microphone icon. It could also be used for other voice-powered functions.

At the bottom, there are icons for YouTube, Chrome browser, and the camera. There's another icon that doesn't resemble any known apps or services yet. However, the icon follows Google's Material Design language.

Currently, Google offers a watered-down version of its mobile operating system called Android Go. It is built for smartphones with minimal resources, such as 1GB of RAM or even less. It's unclear whether Google wants to get into the feature phone market like this, especially after its massive investment in KaiOS.

While you should take today's leaked hands-on images of the Android-based Nokia feature phone with a grain of salt, it might also turn out to be a KaiOS-based smartphone with a bunch of tweaks. The leaked image reveals a home screen that looks similar to the way home screens appear on KaiOS-based smartphones. However, Chrome isn't available on KaiOS since the operating system is a fork of Firefox OS itself.

Regardless of all these questions, it'll be interesting to see if we get a Nokia feature phone running some version of Android. HMD Global currently sells a KaiOS-based phone called Nokia 8110 4G 'Banana' phone.