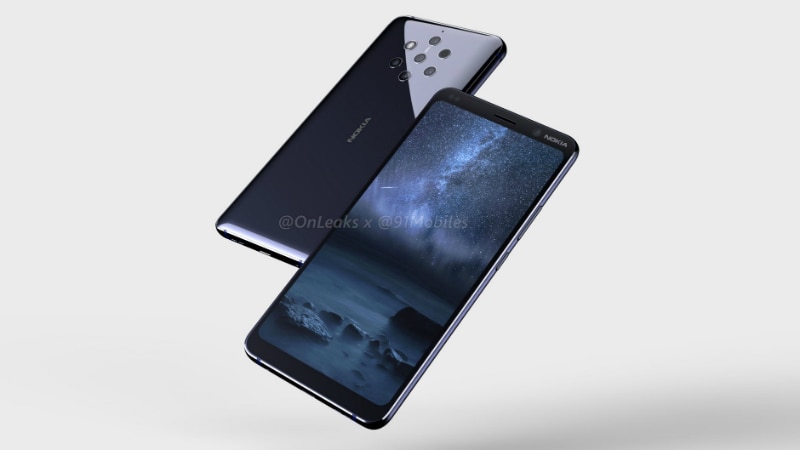 Nokia 9 PureView price and release schedule have been leaked, again. The new smartphone that is expected to come with a penta-lens camera setup is rumoured to debut sometime in the third or fourth week of January. This is unlike the previous launches by Nokia brand licensee HMD Global that hosted conferences at Mobile World Congress (MWC) in the past to announce its new models. The Finnish company might consider this year's MWC to showcase the Nokia 9 PureView but make its announcement a month earlier. Notably, the Nokia 9 was recently also rumoured to receive a late January launch.

A tipster with Twitter account Nokia_Leaks has claimed that the Nokia 9 PureView launch is planned either for the third or fourth week of January. The new model is also said to arrive first in Europe.

Ever since HMD Global brought the Nokia brand back to the phone market, we've seen MWC as the venue for its various new models. The company, however, would prefer an early launch this time to make the Nokia 9 PureView a strong contender against the likes of the Galaxy S10 and Galaxy S10+ that are speculated to debut at an event just before MWC 2019.

A previous report also suggested a late January launch of the Nokia 9 PureView. Nevertheless, HMD Global might showcase the new flagship at the forthcoming MWC as well.

The authenticity of the new revelations is in question, and we aren't able to verify the leaked information independently.

The same tipster recently claimed that just months after the launch of the Nokia 9 PureView, HMD Global will bring its successor that will have 5G support. The new version was reported to have a Snapdragon 855 SoC and supposed to debut in August this year.

The tipster on Thursday clarified that while the Nokia 9 PureView will be the flagship model for HMD Global for the near future, a phone with 5G support is also in the pipeline in a collaboration with Qualcomm for the last five-six months. It is, thus, unclear whether the previously rumoured model will actually be the successor to the Nokia 9 PureView or a new 5G phone by the company.