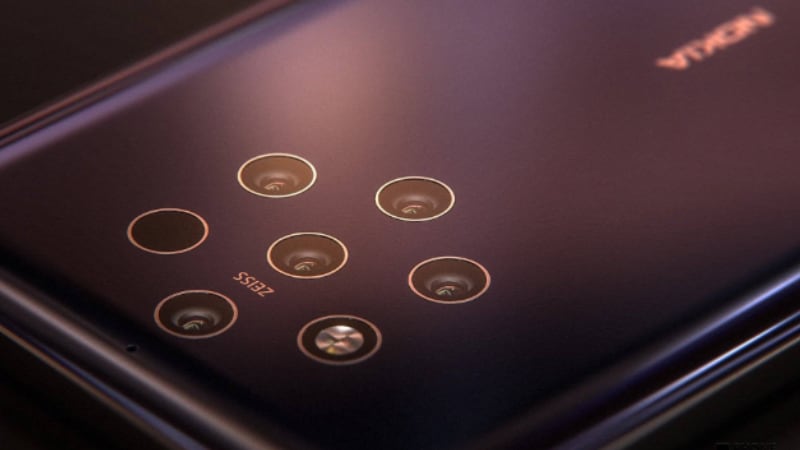 Nokia 9 is slated to have a penta-lens camera setup

The long anticipated Nokia 9 with its rumoured penta-lens camera setup was scheduled to be HMD Global's rumoured flagship for 2018 despite being delayed on multiple occasions. A new tip now claims that the smartphone may not be unveiled this year at all. It is claimed that HMD Global Chief Product Officer Juho Sarvikas thinks that the Nokia 9 is not ready yet, and thereby has cancelled the launch for this year, and is instead looking to launch it at MWC 2019 early next year. The tipster also claims that this has miffed many employees at HMD Global, as the Nokia 9 was a testimony of what the company is capable of doing, and Sarvikas' decision could kill the flagship's hype altogether.

Tister Nokia aNew has published a series of tweets bringing to light internal decisions within HMD Global. The tipster claims that the Nokia 9 launch plans for this year have been killed off because Sarvikas is categorically against the announcement, and is instead aiming for a MWC release in February 2019. The tipster says that this could well be the demise of Nokia 9, and all the hard work the engineers have put into it, as the Nokia 8 Sirocco faced the same downfall. Sarvikas decided last year not to release the Nokia 8 Sirocco flagship in September as he felt that it 'was not ready for announcement'. He postposed the release to MWC 2018, and despite all the good features, the Nokia 8 Sirocco faded against the competition from other Snapdragon 845-integrated devices in the market.

While the Nokia 8 was launched in August last year, the true premium device was expected to be the Nokia 8 Sirocco, and it was slated for an autumn release last year. Because of Sarvikas' decisions, the tipster notes that the Nokia 8 Sirocco did not do well in the market. HMD Global is looking to make the same mistake this year with the Nokia 9.

The tipster notes that the employees at HMD Global are miffed with Sarvikas' decision, and one of the latest leaked photos was a result of that. He also states, "Juho Sarvikas [is] afraid to take risks and just afraid to lose his position, clearly indifferent to the future of the brand and the company... Postponing the announcement is [the] "murder of Nokia 9" - it will cease to be relevant immediately after the announcement... Like last time, Juho believes the device is not "perfect", even though the camera was great even on the first prototypes."

Nokia 9 was recently tipped to launch sometime this month; however, there has been no confirmation from HMD Global's end. Previous leaks suggest that the Nokia 9 is expected to run Android Pie, as part of the Android One programme. The smartphone is also rumoured to sport an in-display fingerprint sensor, making it the first Nokia-branded handset to achieve the feat. It is rumoured to sport a 6.01-inch display, and be powered by a Qualcomm Snapdragon 845 SoC, with up to 8GB of RAM and up to 256GB of inbuilt storage. Apart from that, the smartphone was previously rumoured to sport a triple rear camera setup with a 41-megapixel, a 20-megapixel, and a 9.7-megapixel sensor, coupled with 4X optical zoom and Xenon and LED flash modules.