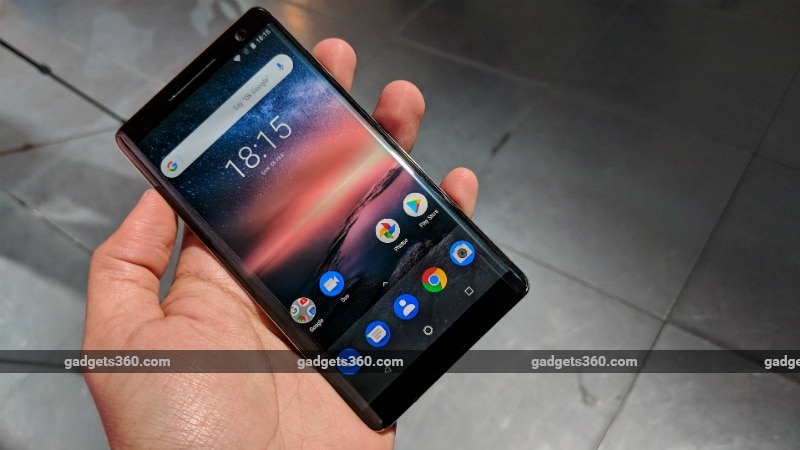 Nokia brand licensee HMD Global had an exciting outing at Mobile World Congress 2018 in Barcelona where the company announced five new handsets in its lineup, ranging from budget options like the Nokia 1 to premium handsets like Nokia 8 Sirocco, and retro options such as the Nokia 8110 4G. Reports surfaced last week that HMD is yet to unveil its most ambitious smartphone yet, which could be named the Nokia 9. The flagship will reportedly feature an in-display fingerprint sensor and an iPhone X-like notch at the front to allow for a bezel-less experience.

A report by NokiaPowerUser cites what it calls reliable sources claiming that the Nokia 9 will the company's first smartphone to sport an in-display fingerprint sensor, last seen on the recently launched Vivo X20 Plus UD. The source also suggests that HMD Global is looking to expand display area which might result in the appearance of a display cutout. This source is said to have accurately reported colour variants of the Nokia 6 (2018), previously.

Reports of a "notch" on the Nokia 9 come in the wake of Android P giving developers provisions to create apps compatible with display cutouts in its Developer Preview 1. The report also notes that this is the only source claiming the presence of a notch, hinting that the unit might just be a prototype and not the actual thing.

NokiaPowerUser had previously reported that the Nokia 9 and Nokia 8 Pro would be launched by HMD Global in the coming months. Both phones are said to sport similar specifications like the latest Qualcomm Snapdragon 845 SoCs. However, the Nokia 9 might exclusively feature an upgraded penta-lens camera setup on the back.