Nokia 9 Design Reportedly Leaked by HMD Global Official, May Be the Nokia 7 Plus 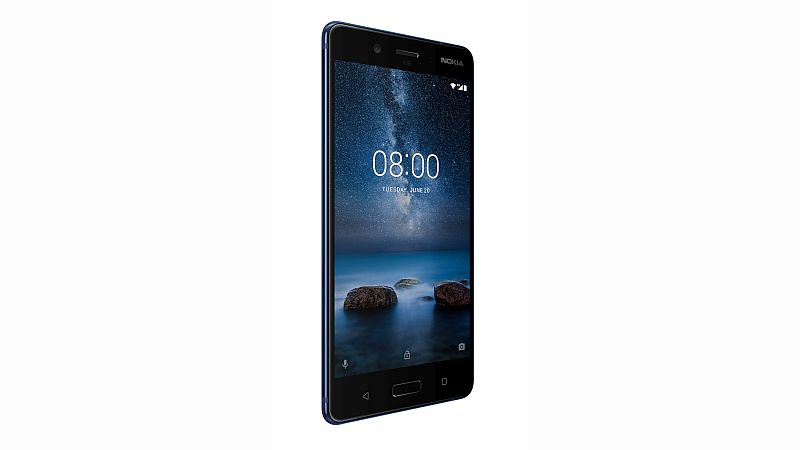 HMD Global is all set to unveil new products for the Nokia brand at its February 25 event, just ahead of MWC 2018 in Barcelona. New reports suggest that the Nokia 9 could be one of HMD Global's key announcements for the event later this month. The leaked smartphone is expected to sport a vertical dual rear camera setup, a glass back, and a rear-mounted fingerprint sensor. However, going in past rumours, this may be yet another leak of the anticipated Nokia 7 Plus at MWC 2018.

Indonesian blog detikINET on Tuesday posted photos of what is claimed to the upcoming Nokia 9. The photo reportedly depicts an HMD Global official holding the yet-to-be-launched phone in their hand. However, considering the leaked specifications and handset renders, this could by the Nokia 7 Plus that is anticipated to launch at the HMD event at Barcelona Museum of Contemporary on February 25. According to the report, the phone will feature a curved glass display with a possible 18:9 aspect ratio.

The back panel of the handset appears to be made out of glass. Apart from that, it is expected to sport a dual camera setup (vertical) with a 13-megapixel primary sensor and a 12-megapixel secondary sensor. The 'Nokia 9' is rumoured to sport a 5.5-inch full-HD+ (1080x2160 pixels) display. It is expected to be powered by a Qualcomm Snapdragon 835 SoC, coupled with 128GB of inbuilt storage. There will apparently be a 3250mAh battery under the hood. The phone is also rumoured to run Android 8.0 Oreo out-of-the-box.

Apart from these details, the report does not mention any other features or specifications of the upcoming Nokia smartphone. Rumours of a Nokia 9 come after the purported phone was spotted on FCC in December last year.