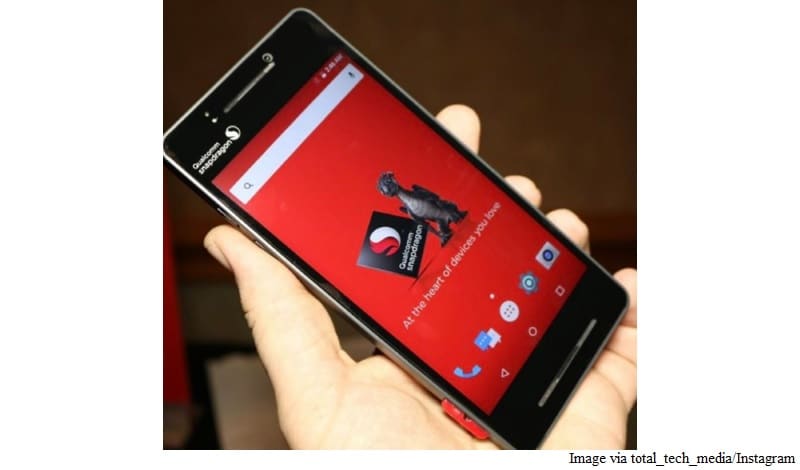 Just a few days after the official launch of Nokia 6 smartphone by HMD Global, a smartphone named Nokia 8 has made an appearance online. Even though the alleged smartphone is expected to be launched at MWC next month, Qualcomm reportedly showcased the Nokia 8 smartphone in private at CES earlier this month, and it allegedly comes with specifications to get Nokia fans excited.

Update: Qualcomm in a statement to Android Authority has confirmed that the hardware shown off at its booth were Snapdragon 835 reference design devices, while Total Tech has since also clarified that the devices caught on camera were reference - and also updated the description on the leaked videos to reflect this fact.

Two videos of the Nokia 8 smartphone by YouTube channel Total Tech, which were supposedly shot at CES 2017, have given an up-close look at the upcoming Nokia Android phone and revealed some of the specifications of the device.

The alleged Nokia 8 smartphone has been tipped to come in two variants.The higher-end Nokia 8 variant will reportedly feature a Snapdragon 835 SoC coupled with 6GB of RAM. Nokia 8 is further expected to sport a 24-megapixel rear camera with support for both optical and electronic image stabilisation. The Nokia 8 is tipped to sport a 12-megapixel shooter for taking selfies and dual-speakers are expected to be at front as well. The phone is rumoured to include either 64GB or 128GB storage options.

The lower-priced Nokia 8 variant has been tipped to pack a Snapdragon 821 SoC coupled with 4GB of RAM. The camera details on this variant of the phone are not yet available.

In the Nokia 8 video, no physical buttons can be seen at front of the smartphone, and the build seems to be quite similar to that of Nokia 6 smartphone that was recently launched by the company.

The Nokia 8 has been tipped to include Carl Zeiss optics, just like some of the earlier Nokia phones, and an HRM sticker further suggests that there might be heart-rate monitor functionality available with the phone.

As these are all leaks, we will have to wait for the official announcement from the company for any confirmation regarding the Nokia 8.