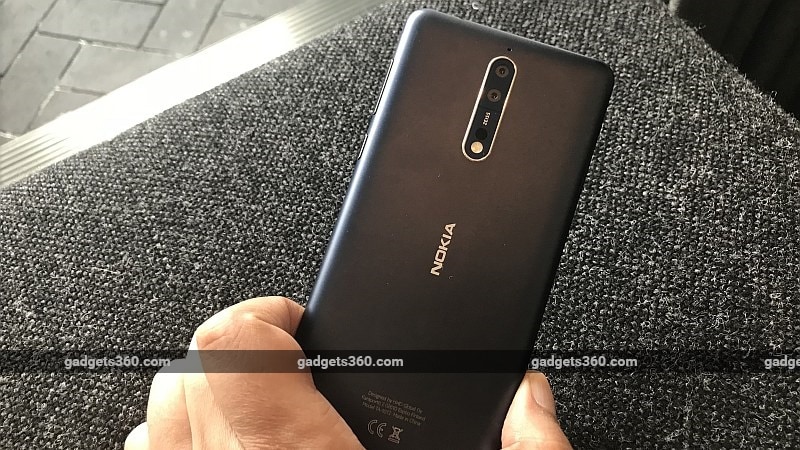 The Nokia 8 was launched last month as the first true flagship from HMD Global, after a series of mid-ranger launches earlier this year. Soon afterwards, the Nokia 8 went on pre-orders through third parties in countries like Germany, Australia, and Russia. In UK, the smartphone is set to launch on September 13, and now pre-orders for the smartphone has begun on retail site Carphone Warehouse.

The retailer is taking pre-orders for the Nokia 8 at GBP 500 (roughly Rs. 41,400), and is making it available in Blue and Silver colour options only. On Nokia 8 pre-orders, the company is also giving a Nokia Steel smartwatch worth GBP 120 (roughly Rs. 9,900) for free.

Interestingly, all of these pre-order prices are a bit under the EUR 599 (roughly Rs. 45,100) announced earlier. As for India, an HMD Global representative told Gadgets 360 the Nokia 8 India launch will be in early October, and the Nokia 8 price in India will be known closer to launch. The smartphone ships with Android 7.1.1 out of the box, but an HMD Global representative has also confirmed that the company is in advanced stages of testing Android O build for the Nokia 8.

For those unaware, the Nokia 8 puts the camera front and centre, with a vertical dual camera strip at the back, and the biggest camera innovation is the 'bothies' feature that allows users to capture videos and photos from both the front and rear cameras simultaneously.

Solving This Chess Puzzle Could Land You a Cool $1 Million
Locky Ransomware: No Incidents in India, Says Trend Micro