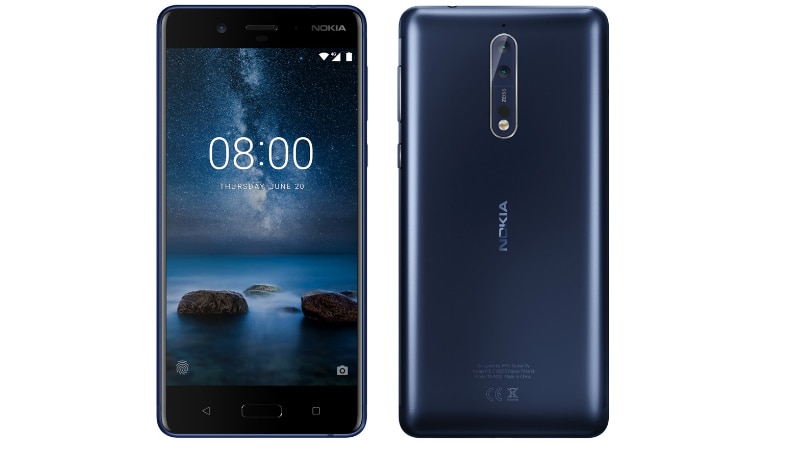 Nokia 8, the rumoured Nokia Android flagship, looks set to become a reality soon as HMD Global has reportedly started sending out invites for a launch event scheduled for mid-August. The Nokia 8 launch event will put to rest all the speculation around the phone, which has been going around for several weeks. Previous reports have claimed the phone will have a dual camera setup, which has also been seen in recently leaked live images of the handset. With Zeiss and HMD Global recently signing an agreement, it may just feature Carl Zeiss branding as well.

The launch event will be held in London, and Nokia 8 is expected to be unveiled at the same, as per a report by The Verge. To recall, the Nokia 8 has been tipped to run Android 7.1 Nougat out-of-the-box and sport a 5.3-inch QHD display. It is expected to be powered by the Snapdragon 835 processor. While the Nokia 8 has been rumoured to launch with 4GB RAM and 64GB storage initially, the 6GB RAM and 8GB RAM variants might eventually be launched later.

In terms of optics, the upcoming Nokia flagship is expected to come with two 13-megapixel rear sensors with Carl Zeiss branding, and a 13-megapixel camera at front for taking selfies. The Nokia 8 has been tipped to measure 151.55x73.7mm.

Recently, the Copper Gold colour variant of the alleged Nokia 8 was leaked in pictures. Before this, the Blue and Silver colour variants of the smartphone were leaked in renders. The Nokia 8 is expected to be priced around EUR 589 (roughly Rs. 43,400).