The latest Nokia 8.1 software update brings all the core Android 10 features, including the upgraded gesture navigation and privacy controls. 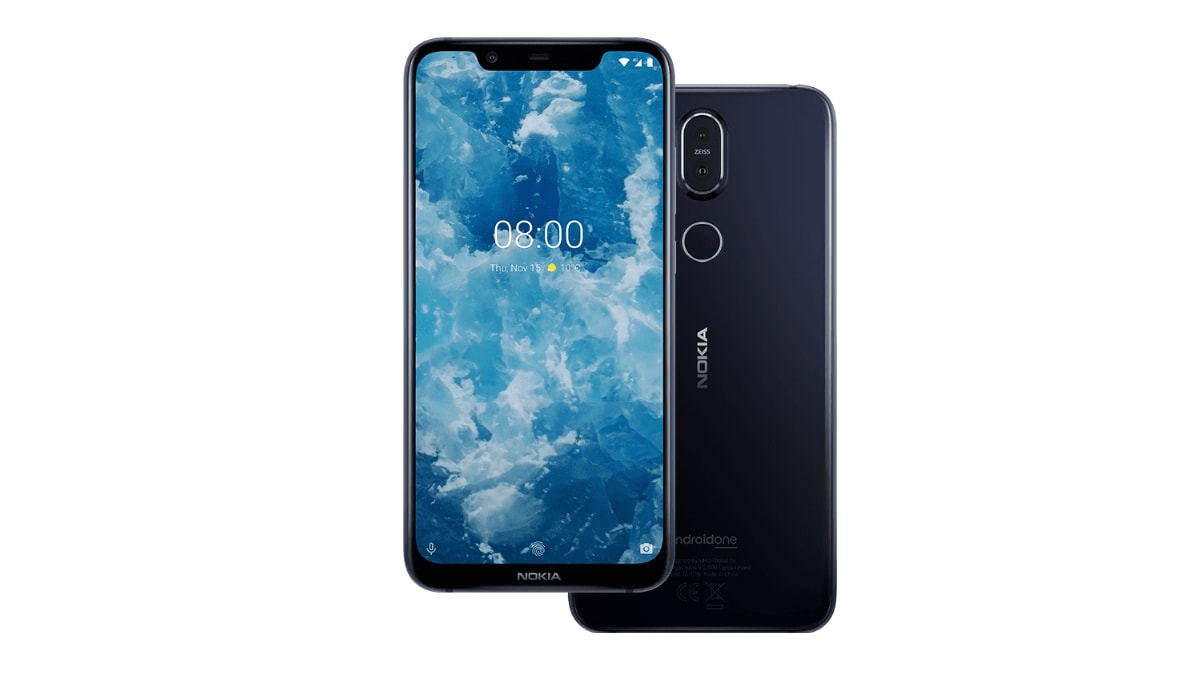 Nokia 8.1 was launched in India back in December with Android 9 Pie

Nokia 8.1 has started receiving its Android 10 update, Nokia brand licensee HMD Global announced on Wednesday. With the new development, the Nokia 8.1 has become the first Nokia smartphone to get the latest Android update. It also comes as the first phone powered by Qualcomm's Snapdragon 710 SoC to receive the update that Google formally released for its Pixel phones last month. The Finnish company is in plans to expand the Android 10 rollout to various other Nokia phones later this year.

The Android 10 update for the Nokia 8.1 is rolling out in India through an over-the-air (OTA) package. The update brings all the core Android 10 features, including the upgraded gesture navigation and privacy controls. The official changelog provided by HMD Global also includes Smart Reply and Focus mode that both debuted on the Pixel phones last month. Furthermore, there is a Family Link feature that you can access through the Digital Wellbeing settings to adjust digital ground rules for your family.

"With the Nokia 8.1 being the first Android smartphone running the Qualcomm Snapdragon 710 to receive Android 10, we're also setting our precedent of firsts, and aim to keep being first to roll out Android 10 across other key chipsets," said Juho Sarvikas, Chief Product Officer, HMD Global, in a statement. "This requires a dedicated effort to ensure you get the best experience on your Nokia smartphone. Of course, we couldn't maintain this commitment without everyone in our beta labs programme, who are engaged and actively contribute to shape the very best experiences for all, that just keep getting better. Here's to seeing our entire portfolio running Android 10 by early 2020!"

To recall, the Nokia 8.1 was launched in India back in December last year. The smartphone runs Android 9 Pie and is based on Google's Android One programme that is designed to deliver timely updates with stock Android experience.

Back in August, HMD Global released its official Android 10 roadmap. The roadmap showed that the company is set to bring the latest Android operating system to the Nokia 7.1, Nokia 8.1, and Nokia 9 PureView in the fourth quarter of this year, while the Nokia 6.1, Nokia 6.1 Plus, and Nokia 7 Plus are set to receive the update in the first quarter of 2020. There are also models such as the Nokia 2.1, Nokia 2.2, and Nokia 1 Plus that would receive the update later in 2020.

China Signals It Will Hit Back Over US Tech Blacklist
Yahoo Data Breach Settlement Could Pay Out $358 to Individual Users: Report