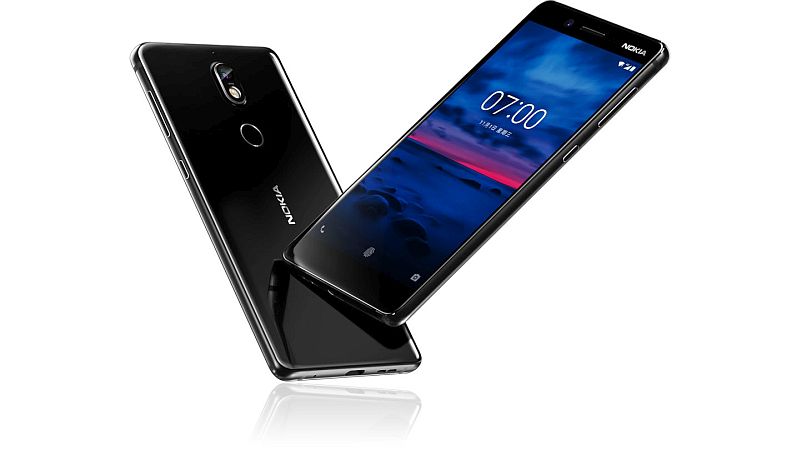 HMD Global has sent out invites for an event in India on October 31, where the company is expected to reveal new devices for the country. The event is expected to launch the Nokia 7 in India, however, it's possible the company may launch a brand new smartphone - the much-rumoured Nokia 2. The invite says, "HMD Global invites you to an exclusive gathering to unveil the next milestone for Nokia phones," clearly indicating that the something new is launching.

One of the devices likely to make its way at the India launch event is the recently unveiled Nokia 7. The second device is the Nokia 2 which was recently briefly listed on an e-commerce website.

Talking about the Nokia 7, the smartphone comes with flagship-like features at roughly half the price of Nokia 8. Among the highlights of the handset are the 7000 series aluminium body and Corning Gorilla Glass on the back panel. In fact, the Nokia 7 rear panel uses 3D glass thermoforming technology for casting and features with rounded corners.

The Nokia 7 also sports an f/1.8 aperture lens and comes with 'bothie' camera mode. It also comes with heavily marketed feature, the "Dual-Sight mode" which uses both front and rear cameras simultaneously. The handset also supports live video streaming to Facebook and YouTube from the built-in camera.

Based on leaks so far, the Nokia 2 is widely expected to be the cheapest Android smartphone offering from the HMD Global. No details of the smartphone are available on the Internet as of now. According to the retailer listing, the Nokia 2 will sport a price tag of $99 (roughly Rs. 6,500). It is expected to be powered by the Snapdragon 210 SoC coupled with 1GB of RAM.

Google Pixel 2 XL Sports Tougher Back Panel Than iPhone 8 Plus, Reveals Drop Test
EA Doesn't Care for What Players Want, It Cares for What They Pay For: Ex-Mass Effect Andromeda Developer