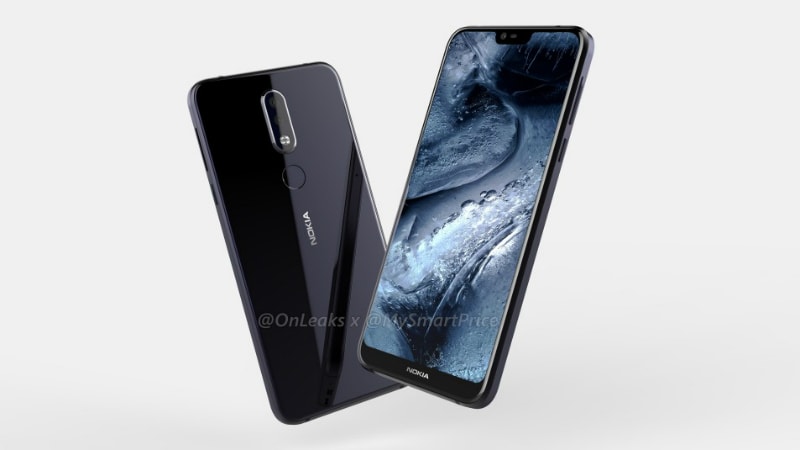 Images of the Nokia 7.1 Plus have revealed that it will be launched in at least two colour options

HMD Global has sent out media invites for a launch event in India on October 11. While the Nokia licensee brand has not revealed what it has in store for later this month, it could be the Nokia 7.1 Plus or Nokia X7 that is expected to go officially globally at an October 4 launch event in London. If true, this will be Nokia’s third smartphone in its ‘X’ or ‘Plus’ series after the Nokia 5.1 Plus and Nokia 6.1 Plus that are already available in the Indian market.

We have seen the Nokia 7.1 Plus getting leaked numerous times in the past, with a look at the phone’s live images out of China. As before, the upcoming handset is expected to get the Nokia X7 moniker in the Chinese and might be called the Nokia 7.1 Plus in global markets including India. Images of the upcoming smartphone have revealed that it will be launched in at least two colour options - one in Silver shade and the other in a brownish shade.

Just last week, the phone was spotted on Chinese certification website TENAA where it got its major specifications and design elements leaked. The phone is expected to come with a 6.18-inch full-HD+ (1080x2246 pixels) TFT display with an 18.7:9 aspect ratio, a 2.2GHz octa-core SoC, 4GB/ 6GB RAM, and 64GB/ 128GB of onboard storage.

The Nokia 7.1 Plus is expected to sport a dual rear camera setup with a 13-megapixel primary sensor and a 12-megapixel secondary sensor. On the front, the handset will get a 20-megapixel selfie camera. The phone will be backed by a 3,400mAh battery unit.

Renders leaked last month had given us a look at what could be a larger version of the Nokia 6.1 Plus. The photos showed off a small display notch, a substantial chin on the bottom, vertically aligned set of dual rear cameras, a rear-mounted circular fingerprint sensor, and Android One branding. Pricing and availability have not yet been revealed by the brand, and we can expect more information at the October 4 event.