Nokia 6 Launching Globally, Coming to India Soon: All You Need to Know 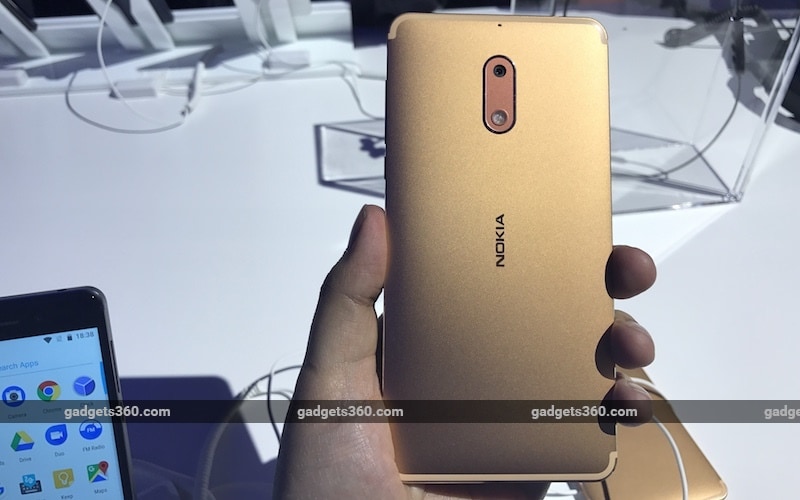 Ending its China-exclusivity, the Nokia 6 - as rumoured - is coming to markets across the world soon, HMD Global announced at the Nokia MWC 2017 event. And if the Nokia 6 price in Europe is any indicator, we can expect the price to remain within affordable limits when it launches in India. But there are small downgrades to the Nokia 6 global variant, and the company has tried to fill those gaps with the new Nokia 6 Arte Black special edition model - which focuses on design but also offers slightly better hardware. Here's all you need to know about the Nokia 6 global launch.

HMD Global revealed that the Nokia 6, which was launched in China in January and was exclusive to the country till date, will be making its way to global markets - namely India, Asia Pacific, Middle East, Africa, and Europe - in Q2 2017. Nokia 6 sales in China, the company said, have been great - 1.3 million people registered for the first sale, and the initial batch was sold out in roughly 23 seconds.

Nokia 6 price in Europe will be EUR 229 (roughly Rs. 16,000), while the new Nokia 6 Arte Black special edition smartphone that was announced at the Nokia MWC 2017 event will be sold at EUR 299 (approximately Rs. 21,000), and comes with 4GB of RAM and 64GB of inbuilt storage - the same specifications as the China variant.

Nokia 6 sports a 5.5-inch full-HD display with a 2.5D Gorilla Glass on top. It is powered by a Snapdragon 430 SoC coupled with 3GB of RAM and 32GB of internal storage. The China variant, on the other hand, comes with 64GB inbuilt storage and 4GB RAM. The dual-SIM Nokia 6 smartphone comes with a 3000mAh non-removable battery with fast-charging support.

As mentioned above, Nokia 6 Arte Black is the premium variant of the smartphone. While it shares much of the features and hardware with the standard model, it comes with 64GB internal storage and 4GB RAM as standard. The smartphone's USP, however, is its glossy black body that offers a more premium look compared to the standard model.

Along with these announcements, HMD Global expanded the Nokia portfolio with the launch of Nokia 3 and Nokia 5 Android phones and Nokia 3310 (2017) feature phone.