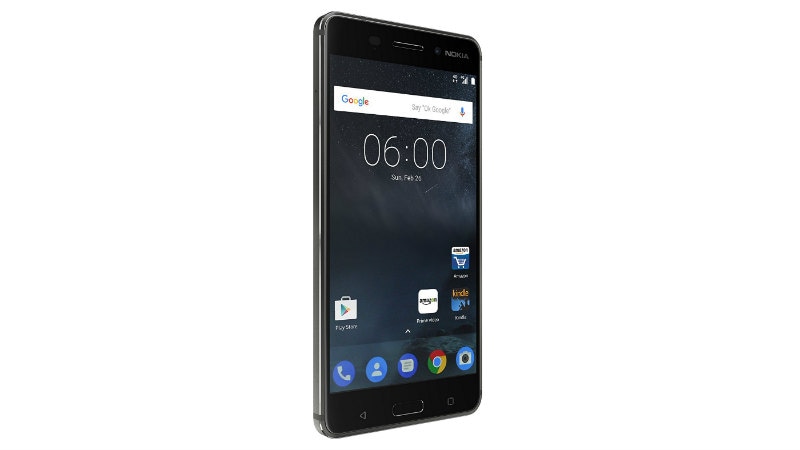 Nokia 6 3GB RAM version's price in India appears to have been reduced to Rs. 12,999. The smartphone, which was launched in June last year at Rs. 14,999, last month received a price cut of Rs. 1,500 and was available for purchase in the Indian market at Rs. 13,499. Amazon has listed the new price of the Nokia 6 3GB RAM in both Silver and Matte Black colour options. Interestingly, the new price comes just before the launch of the Nokia 6 (2018) that is expected to take place in the country on Wednesday, April 4.

Alongside offering the new price, Amazon India is selling the Nokia 6 with an exchange offer makes it as low as Rs. 9,915. We've reached out HMD Global to understand whether the new price is a limited period offer or represents a price cut for the country, and will update this space accordingly. In February, HMD Global launched the 4GB RAM variant of the Nokia 6 that included 64GB of onboard storage at Rs. 16,999. It is available as a Flipkart exclusive without any price changes.

Launched with Android Nougat, the dual-SIM Nokia 6 received an update to Android 8.0 Oreo in late January. The smartphone features a 5.5-inch full-HD (1080x1920 pixels) display with 2.5D curved Gorilla Glass protection. Under the hood, it has an octa-core Qualcomm Snapdragon 430 SoC. The handset sports a 16-megapixel rear camera sensor and an 8-megapixel front camera sensor - both with an f/2.0 aperture lens.

The 3GB RAM version of the Nokia 6 has 32GB of onboard storage that is expandable via microSD card (up to 128GB). On the part of connectivity, the smartphone has 4G VoLTE, Wi-Fi, Bluetooth, GPS/ A-GPS, Micro-USB, and a 3.5mm headphone jack. There is additionally a front-facing fingerprint sensor. Lastly, the smartphone includes stereo speakers with Dolby Atmos audio support and packs a 3000mAh battery.