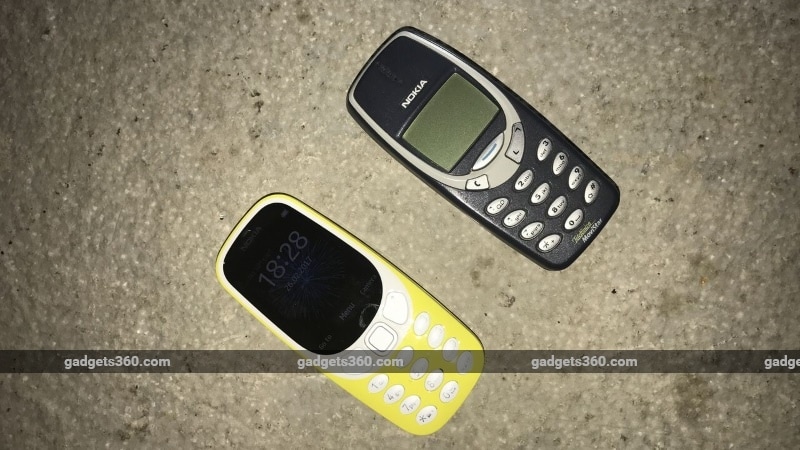 If Nokia phones – both feature phones and smartphones – can succeed in India, they are likely to achieve similar success in other markets, said Juho Sarvikas, Chief Product Offer, HMD Global.

Nokia feature phones will be central to HMD Global’s strategy, and India will be a proof of concept for the company, revealed Juho Sarvikas, Chief Product Officer, HMD Global. Speaking to Gadgets 360 at an event in New Delhi on Monday, Sarvikas said that India was the first company’s first research market, and said that if the Nokia phones – both feature phones and smartphones – succeed in India, they will achieve similar success in other markets as well. He said HMD Global is also looking at other markets such as China, and if “we can win the hearts and minds of the Indian consumers with our story, then I have no concerns about our global story."

When asked if a 4G-enabled Nokia 3310 is planned for the future, Sarvikas did not dismiss the possibility of 4G-enabled feature phones but did not give away details of any such plans. However, he did say the growth of 4G in India with the entry of Reliance Jio has made the phones with upgraded network an “interesting space” with “a lot of opportunity to innovate.”

Feature phones will remain central to the company, with Sarvikas saying there is a large number of people who want a feature phone either as their secondary device or even as their primary device, and HMD Global wants to cater to that market with Nokia feature phones.

Talking about the Nokia Android phones – Nokia 3, Nokia 5, and Nokia 6 – the HMD Global executive did not give away the official release date or price, but reiterated that the smartphones were a cohesive product rather than just the sum of their specifications. Sarvikas said the HMD Global team would rather invest in areas that add more value to the smartphones than just beefing up the specifications. As an example, he cited Nokia 6 and its 3GB of RAM, saying the consumer would not feel the difference if the RAM was increased to 5GB or even 6GB, and so the focus has been on areas such as imaging solutions and display quality rather than just the specifications.

Coming to software support for the Nokia 5 and Nokia 6, which already run Android 7.1.1, and Nokia 3, which will soon get Android 7.1.1, he said there is dependency on Google and chipset manufacturers (Qualcomm and MediaTek) on that front, but HMD Global would like to provide support “till the end of the road.” The company chose to go with the stock Pixel UI for the new Nokia Android phones rather than a custom skin because the stock UI is “the cleanest and best user experience and consumers prefer it.” On the other hand, areas such as imaging, which does not have a reference design, is where the team developing the Nokia Android phones chose to innovate.