Nokia 5.4 India Launch Teased by Flipkart Ahead of Official Announcement 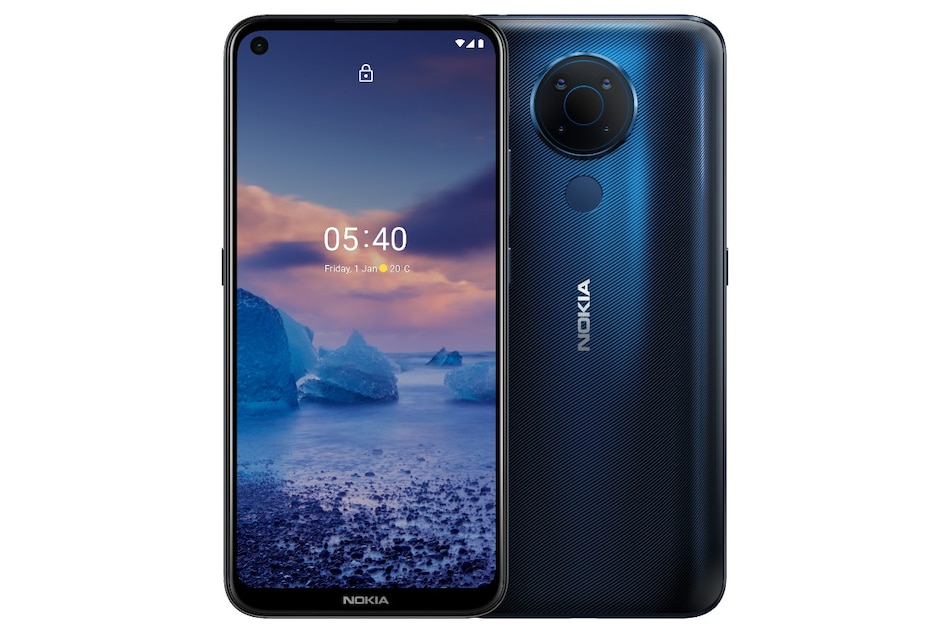 Nokia 5.4 was launched globally in December

Nokia 5.4 launch in India has been teased by Flipkart ahead of an official announcement. The online marketplace has created a dedicated landing page for the upcoming Nokia phone that showcases some of its key features. The Nokia 5.4 was launched globally in December as the successor to the Nokia 5.3. The smartphone features a hole-punch display design and comes with quad rear cameras. The Nokia 5.4 also includes OZO Audio support as well as offering up to 128GB of onboard storage.

The landing page on Flipkart shows that the Nokia 5.4 is “coming soon” to India. There are also teasers that show the front and back of the upcoming phone. The landing page, however, doesn't contain any concrete launch date, though. But nonetheless, a recent report claimed that the Nokia 5.4 India launch would take place on February 10. The smartphone is speculated to arrive alongside its more affordable sibling — the Nokia 3.4.

Nokia 5.4 price in India is yet to be revealed. However, the phone debuted in Europe at EUR 189 (roughly Rs. 16,600) for the base 4GB RAM + 64GB storage variant. The India pricing is likely to align with its European version. The Nokia 5.4 also notably has the 4GB + 128GB and 6GB + 64GB models that didn't receive official price tags at the time of global launch.

The dual-SIM (Nano) Nokia 5.4 runs on Android 10 and features a 6.39-inch HD+ display. It is powered by an octa-core Qualcomm Snapdragon 662 SoC, along with up to 6GB of RAM. The phone also comes with the quad rear camera setup that includes a 48-megapixel primary sensor. For selfies and video chats, there is a 16-megapixel selfie camera sensor at the front.

In terms of storage, the Nokia 5.4 has up to 128GB of internal storage that is expandable via microSD card (up to 512GB). Connectivity options include 4G LTE, Wi-Fi 802.11 b/g/n, Bluetooth v4.2, GPS/ A-GPS, NFC, FM radio, USB Type-C, and a 3.5mm headphone jack. The phone comes with two microphones and is backed with OZO Audio for a spatial audio experience.

The Nokia 5.4 includes a rear-mounted fingerprint sensor. Besides, it packs a 4,000mAh battery.

Hyundai, Kia Say They're Not in Talks With Apple on Autonomous Cars
Fast & Furious 9 Super Bowl Trailer Promises Return of the ‘Family’ — Eventually