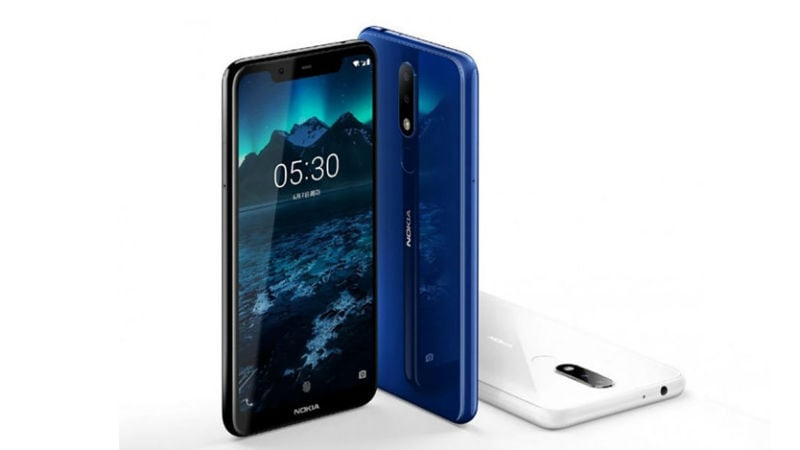 Nokia 5.1 Plus/ Nokia X5 has not been launched anywhere outside of China.

As per a report by NokiaPowerUser, five new models of what is seemingly the Nokia 5.1 Plus have been spotted on a Bluetooth certification portal. These include TA-1108, TA-1105, TA-1120, TA-1112, and TA-1102. Much like the Nokia 6.1 Plus, and all other Nokia smartphones released globally this year, the Nokia 5.1 Plus is expected to be a part of Google's Android One programme.

In the camera department, the Nokia 5.1 Plus will feature a dual rear camera setup with a 13-megapixel primary sensor and a 5-megapixel secondary lens, coupled with LED flash. On the front, the Nokia handset will sport an 8-megapixel sensor with f/2.2 aperture and an 80-degree angle of view. There will be a 3,060mAh battery under the hood. It is expected to arrive with a USB Type-C port, a 3.5mm headphone jack, Bluetooth v4.2, and Dual 4G Dual VoLTE.

Earlier this month, HMD Global had teased the impending launch of the Nokia 6.1 Plus in the Indian market. However, no launch date has yet been provided. The Nokia 6.1 Plus has been launched only in Hong Kong.